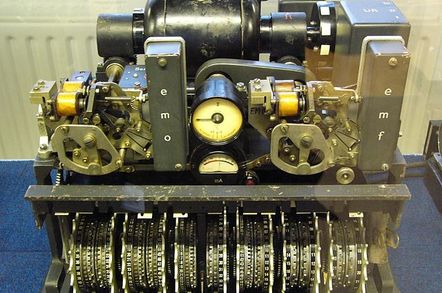 The Lorenz machine, as displayed at TNMOC Bletchley Park

A rare example of Hitler’s most secret cipher machine, the Lorenz, has been presented for display at the The National Museum of Computing (TNMOC) at Bletchley Park.*

Lorenz messages were used to encrypt the messages of the German High Command during World War II. Much more complex than Enigma, the Lorenz cipher could be broken only thanks to Bill Tutte’s deduction of the architecture of the Lorenz machine without ever having seen one.

After breaking the cipher, the Allies were able to read the German High Command’s top secret messages, albeit after a long delay running into weeks. From 1944 onwards, with the creation of the Colossus computer by Tommy Flowers, the Allies were able to reduce this decrypt time from weeks to hours, a speed that undermined the German military machine.

It is estimated that about 200 Lorenz machines were in existence during World War II but only four are known to have survived. The particular Lorenz SZ42 machine to be displayed at TNMOC has the serial number 1137 and was used at the German HQ in Norway at Lillehammer, north of Oslo, during the time the country was occupied by Nazi forces.

The loan of a Lorenz SZ42 machine to TNMOC completes the set of artefacts that tell the remarkable Lorenz story in its entirety from encryption to decryption. The Lorenz machine will go on display alongside a re-built version of the Colossus computer.

Colossus was used to find the wheel start positions used by the Lorenz machine as messages were enciphered. Another reconstructed machine on display at TNMOC, the Tunny, was used to decrypt the Lorenz traffic after it was configured with the wheel settings found by Colossus. The museum already has an original Spruchtafel, the Germans' Lorenz wheel-setting aid – one of only two known to be in existence – on loan.

At a ceremony in central London, Lieutenant Colonel Stein Wilhelm Aasland of the Norwegian Armed Forces Museum presented a Lorenz SZ42 as a long-term loan to Andy Clark, chairman of TNMOC. The audience included two former WRNS personnel – Wrens – who had worked on Colossus, along with relatives of those involved in the breaking of Lorenz. 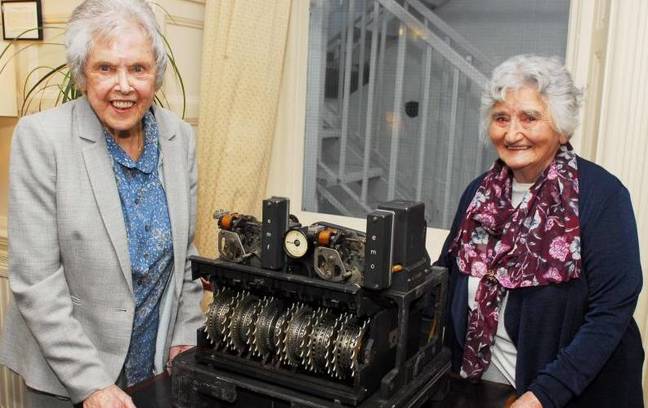 Irene Dixon, one of the first operators of Colossus in 1944, said: “I am thrilled that TNMOC is able to tell the Lorenz story even better than before by displaying the amazingly complex Lorenz machine. For years, I had to keep silent about the incredible work of Tommy Flowers and his team, but the growing publicity today about their achievements is very exciting. I would love every schoolchild to know the names of Tommy Flowers and Bill Tutte.”

Receiving the Lorenz machine, TNMOC's Clark said: “We are enormously grateful to the Norwegian Armed Forces Museum for its generous loan. It completes a truly unique set at TNMOC and helps bring further life to the story that we have always wanted to tell as clearly and dynamically as possible.”

“The arrival of the Lorenz… brings into even sharper focus the astonishing achievements of those wartime code-breakers,” he added in a TNMOC statement.

A full reunion of Colossus veterans and relatives of those connected with the breaking of Lorenz is to be held at The National Museum of Computing later this spring. ®