Wanna be a DevOps expert? You’ll have to be a Red Hat expert first… 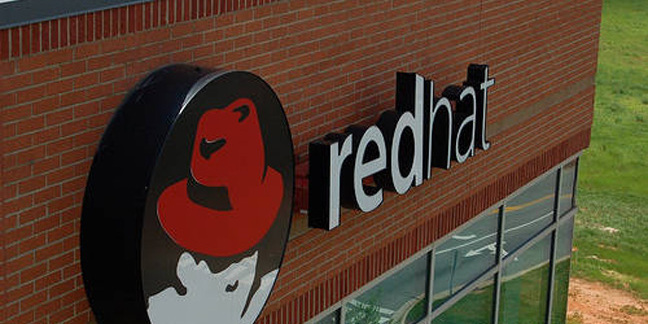 Red Hat has thrown out a slew of new qualifications it promises will show your DevOps chops – at least when it comes to its technologies and those of a few chosen partners.

Red Hat’s vice president of training, Ken Goetz, said in a canned statement, "DevOps isn't a product but rather a culture and process. There are certain technologies and skills someone working in a DevOps environment should have. Our goal with this new RHCA concentration is to offer a way for employers to validate these critical open source skills, and in the process, further enable enterprises to accelerate application delivery."

Now it’s not like Red Hat doesn’t already have a number of certs. Happily, it adds that existing Red Hat Certified Engineers and Red Hat Certified JBoss Developers “will be given the credential of Red Hat Certified Architect (RHCA®) with a concentration in DevOps.” If they pass the five additional exams, that is.

Though that might take a little while. A quick look at Red Hat’s website suggests that the container management and cloud automation quals are still in development.

The site also suggests that you might at least have Red Hat’s Sysadmin qualification under your belt for most of them.

The Openshift and Containerisation courses should take you three days, working out at eight training units, costing £1410, while the four day Puppet course is 11 units, setting you back £1800.

Of course, after that, you’ll be coining it in - at least until everyone rushes to grab their own magic certificates of course.

It’s probably a measure of the success of the DevOps movement that companies are falling over themselves to offer qualifications in it. Cloudbees recently launched its certification scheme, as has AWS.

The DevOps Institute launched in February, with a “mission of serving as the premier source for aligning industry standard quality DevOps training and examination services for enterprise IT.”

The big question is whether it’s tools and technology or culture and experience that’s important. At least with the myriad of courses hitting the market now, you can pay your money and have someone certify your choice. ®