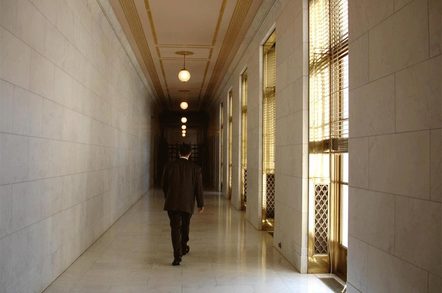 Logicalis European head honcho Arnaud Spirlet is to exit the business before fully implementing the turnaround strategy he drafted.

Spirlet, who was made head of Europe in October 2014 when he succeeded Ian Cook, is to take the keys to the top exec suite at Cisco’s Belgium and Luxembourg operation.

Company insiders at Cisco told us Spirlet has resigned to take up the post but neither the networking kingpin or Logicalis were able to comment at the time of writing.

The former Unify man grasped the nettle when he joined Logicalis, a business that had lost its direction, and spent the initial months there re-writing the corporate game plan.

The loss of Logicalis’ biggest UK contract, a PSN deal with the Welsh Assembly, highlighted its reliance on too few customers, and Spirlet admitted the firm had lost its “innovating edge”.

He culled the vendor portfolio, except for relations with Cisco, HPE, IBM, NeApp and VMware, and created four business units: data centre, networking/comms/security, analytic insights and IT services – including managed, professional and cloud.

Spirlet told us the new UK boss was due to have been in place by the end of February, but we understand sales director Bob Swallow is currently acting head, though he hasn’t updated his title on LinkedIn.

All the upheaval is taking a toll of Logicalis’ results in recent times with profits shrinking in fiscal ’15, and the company warning recently that fiscal ’16 will be tough too. ®