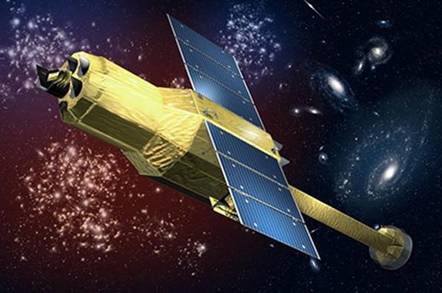 Japan's space agency JAXA has confirmed the loss of the ASTRO-H X-Ray satellite.

Originally believed to have been a successful launch, things turned sour for the satellite when the space agency was unable to raise communications with ASTRO-H at the end of March.

As late as last week, space-watchers still hoped it might be possible to rescue the satellite, but Japanese wires are now reporting (in Japanese) the agency has confirmed that won't happen.

JAXA believes an anomaly on board the satellite, rather than a collision with space junk, caused ASTRO-H (also known as Hitomi) to break up.

JAXA also imply that after the debris event they had no proper comm but got the beacon 4 times up to Mar 29 (and apparently not since :-( )

Dutch archaeologist and space-watcher Dr Marco Langbroek writes that he believes there are three large pieces plus “a lot of smaller fragments”.

“Most other, smaller parts appear to have been predominantly ejected backwards, which is perhaps some indication that predominantly the 'rear' part of the satellite exploded with a notably backwards impulse.”

Possible causes for the breakup, Langbroek writes, could be a failure of the helium tank the satellite carried to cool its soft X-ray spectrometer, or the nitrogen pressure tank in the thruster system. ®