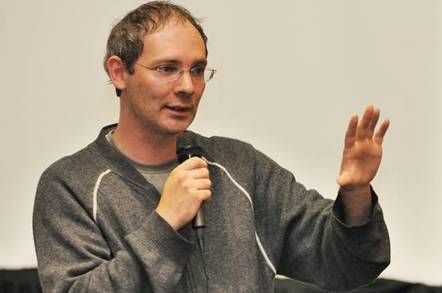 After more than two decades, Wim Coekaerts is off from Oracle

Larry Ellison will be throwing his boats out of the bathtub on the news that Wim Coekaerts, possibly Oracle's top Linux guy, has jumped ship to Microsoft.

"Wim Coekaerts has joined Microsoft as Corp VP of Open Source in our Enterprise Cloud Group," Mike Neil, VP for enterprise cloud at Microsoft, told El Reg. "As we continue to deepen our commitment to open source, Wim will focus on deepening our engagement, contributions and innovation to the open source community."

Coekaerts joined Oracle in 1995 as a helpdesk worker and was, at the time, Oracle's youngest hire. In 1998 he was assigned to work on Project Raw Iron, which shifted Oracle databases off Windows and onto a lighter, faster operating system based around Linux.

Over 20 years after joining, Coekaerts rose to be the senior vice president of Linux and virtualization engineering for Oracle. With a staff of around 400 people, Coekaerts was on first-name terms with Larry and was basically the Linux king of Redwood City.

Coekaerts has been instrumental in getting Oracle geared up for open source and looks set to do the same for Redmond. His hire is yet another sign that Microsoft is serious about open source, with a particular focus on open source code for its enterprise and cloud divisions.

Redmond has already promised SQL 2016 on Linux, and at this week's Build developer conference, open source was front and center of the agenda. It's a huge culture change for Microsoft, but if anyone can drag Redmond's development team kicking and screaming into an open source world, it's Coekaerts. ®