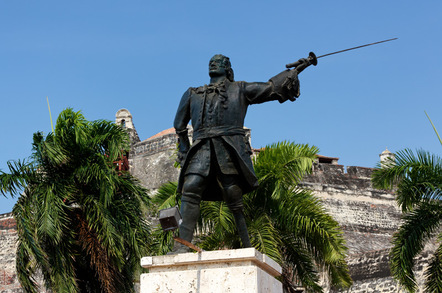 A band of Spanish net buccaneers has mounted a determined incursion into Her Maj's territorial cyberwaters by demanding that Blighty's forthcoming Royal Research Ship be named the RRS Blas de Lezo, in honour of the man who administered the British a serious military shoeing during the War of Jenkins' Ear.

The £200m floating outpost of empire is due to launch in 2019, and the Natural Environmental Research Council (NERC) recently rather ill-advisedly invited public suggestions as to a suitable title for the intrepid polar adventurer.

This quickly resulted in a swell of support for Boaty McBoatface, which still tops the leader board, albeit with the Spanish pretender snapping at its stern. 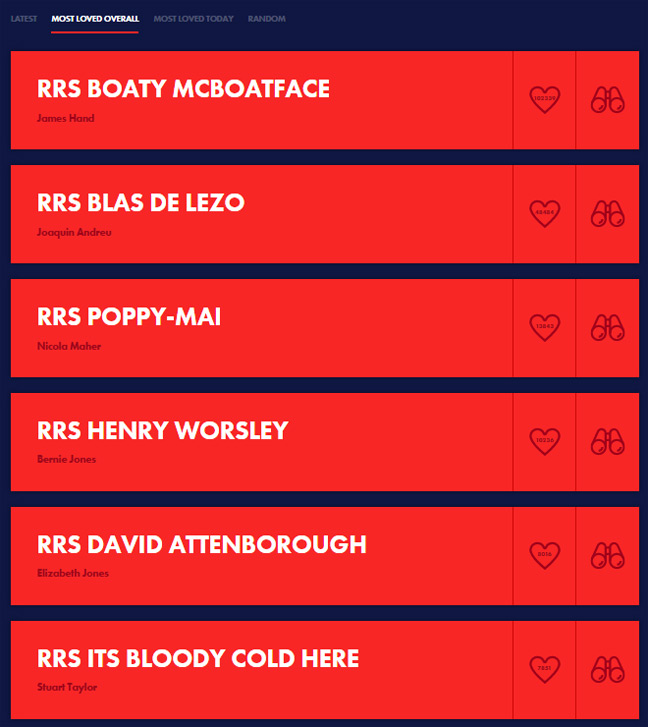 Those of you who've read the extremely thin volume A Compendium of Spanish Naval Heroes will know that in March 1741, Blas de Lezo successfully repulsed British attempts to take Cartagena de Indias, in present-day Colombia.

Today, Blas de Lezo is known as the "Half Man", due to having by his mid-20s rather carelessly lost his left eye, his left leg below the knee and the use of his right arm. His physical misfortunes did, however, subsequently make a major contribution to his personal legend.

The Spanish forces now attempting to raise their hero's flag above a Royal Research Ship were apparently called to arms on a private board down at car forum ForoCoches, according to El Mundo.

Hispanics worldwide have also answered the call to vote for the Blas de Lezo down at Taringa! under the rallying cry: "Let's unite as brothers to troll the British. They took the Falkland Islands from you and now we'll take their boat!"

Sadly, this entertaining maritime tomfoolery is likely to end in brutal defeat for both sides when the RRS Blas de Lezo and the RRS Boaty McBoatface are sunk by a veto broadside from NERC, which has the final say on the ship's name. ®

No sooner had we published this story, than it emerged that NERC has torpedoed the "offensive" Spanish contender. A spokeswoman said: "We will remove or reject any name suggestion that we deem liable to cause offence."