The good people of Blighty have spoken 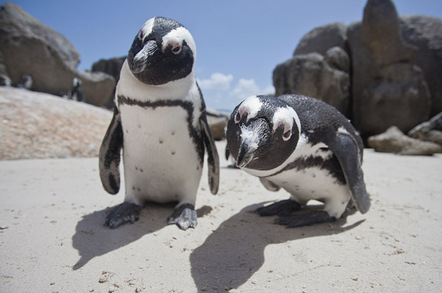 The good folk of Blighty have voted with their fingers - the polar-bound Royal Research Ship is to be called Boaty McBoatface.

The Natural Environmental Research Council last week asked for suggestions to name the £200m, 15,000 tonne floating lab that is bound for colder climes once it launches in 2019.

At last count, some three and a half hours ago, Boaty McBoatface had received tens of thousands more votes than the second nearest candidate - RRS Henry Worsley.

But then the website buckled under the “high volume of people trying to vote,” NECR confirmed to El Reg. And it has since been unavailable, listing a message about site maintenance.

The poll does not close until 16 April, and a late run of votes could see other suggestions race up the ranks, including RRS Pingu, RRS It’s Bloody Cold Here and RRS Usain Boat.

Even so, democracy might not prevail after all: NERC will select the final name. ®

Geek's Guide Give a Cheshire cheers to a true waterway wonder

The 'last thing you want' when selling up, sighs neighbour