The Gemini VIII mission that nearly killed its crew 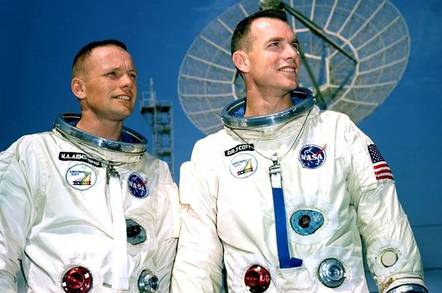 Neil Armstrong and David Scott – astronauts with the right stuff

Pics March 16 is a double anniversary for space travel – it's the 90th anniversary of the launch of the first liquid-fueled rocket by Dr. Robert Goddard, but also the 50th of the first time mankind successfully docked two spaceships, with the flight of Gemini VIII.

The Mercury launches got Americans into orbit for the first time, while Apollo got us onto the moon, but it was the Gemini missions that made that moonshot possible and, fittingly enough, it was Neil Armstrong that captained Gemini VIII.

The docking maneuver was key to the moon landing, since the command capsule had to detach from the launch vehicle, rotate and then mate up with the landing module. Gemini VI was supposed to be the test bed for this, but the Agena Target Vehicle exploded shortly after launch.

This time, however, things went well and the two vehicles launched successfully. Neil Armstrong and David Scott were fired up atop a modified Titan II rocket and made it into an orbit around 300 kilometers above the planet. 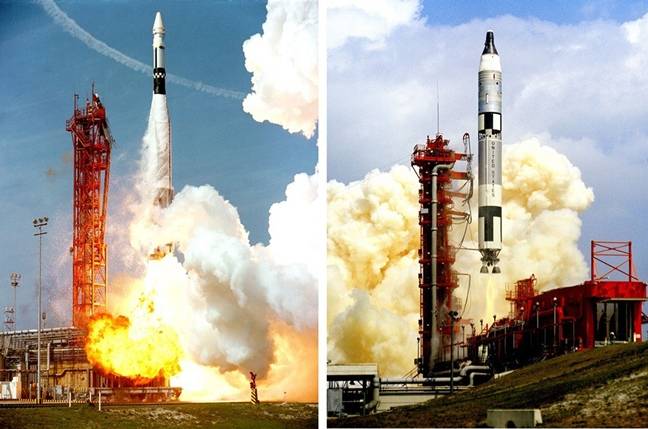 After doing a visual inspection of the target vehicle, the spacecraft approached and matched orbits, before approaching slowly and completing a successful docking on the pair's fifth orbit around the planet at 1714 ET. 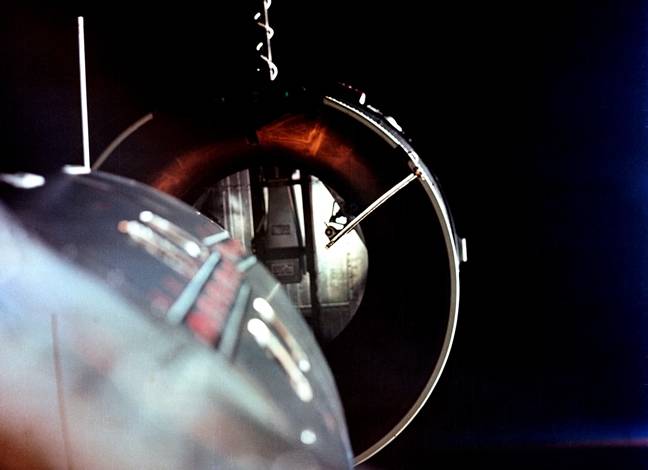 Nice and easy does it

The plan was for a successful docking followed by Scott exiting the spacecraft and performing a spacewalk to test out the Extravehicular Support Pack NASA had developed. But less than half an hour after docking, things began to go drastically wrong.

The two spacecraft started to rotate and Armstrong immediately detached from the other spacecraft. The roll, pitch, and yaw got even worse and by now the spacecraft was rotating more than once a second.

Armstrong used the Orbit Attitude and Maneuvering System (OAMS) thrusters to stabilize the spacecraft, but as soon as he stopped using them the rolling started again. Figuring the OAMS system was malfunctioning, Armstrong shut them down and used the Re-entry Control System (RCS) thrusters to stop the spin.

Unfortunately this depleted three quarters of the RCS system's fuel, and the flight had to abort early. The planned landing spot was in the Atlantic, but the emergency led to the astronaut's bringing it down in the Pacific instead, ten hours after launch. 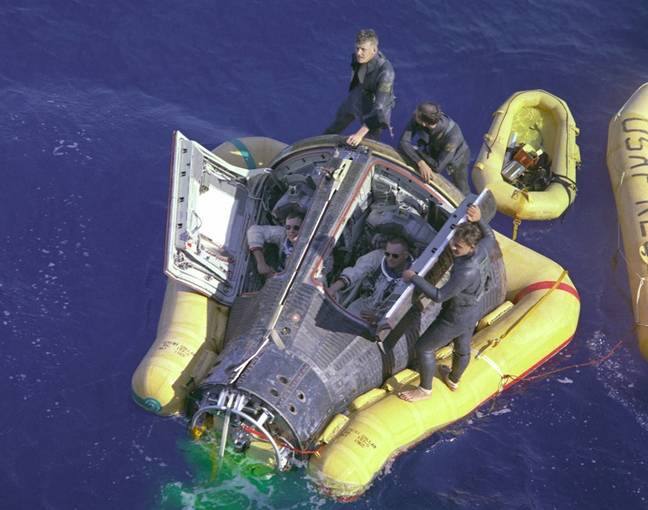 A three-man rescue squad parachuted down to the capsule as it landed and attached the emergency flotation collar to the Gemini capsule. This allowed the crew to exit the vehicle and they were picked up within three hours.

The cause of the problem was determined to be one of the OAMS thrusters getting locked on by an electrical fault. Nevertheless, the docking was a success and paved the way for Armstrong to make his giant leap for mankind. ®

Can't say where. Can't say when. Can't agree on Mars or Moon as target. But it'll happen!