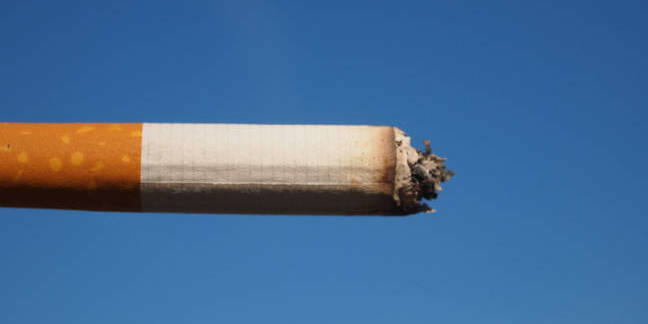 Those attempting to give up smoking have a better chance of success if they quit "abruptly", rather than attempting a "gradual cessation".

That's the conclusion of a study of 697 adult English smokers with "tobacco addiction", who either went cold turkey or "reduced smoking gradually by 75 per cent in the 2 weeks before quitting".

The results were as follows:

Lead researcher Dr Nicola Lindson-Hawley, of Oxford University, explained to the BBC: "The difference in quit attempts seemed to arise because people struggled to cut down. It provided them with an extra thing to do, which may have put them off quitting altogether."

Mercifully for the participants in the study, they weren't obliged to go full-fat "cold turkey", but "used nicotine replacement before and after quit day". They also received "behavioral support from nurses", which may or may not have included being handcuffed to a cast-iron bedstead at gunpoint. ®

Who, Me? Almost 30 years of VBA and the mayhem miscreants wrought with it