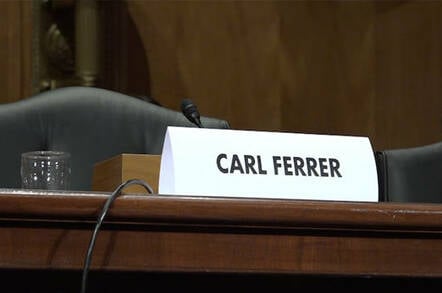 The CEO of Craigslist-style classified ad website Backpage.com may be the first person in 20 years to be found in contempt of US Congress.

Carl Ferrer was subpoenaed by a Senate subcommittee back in October to answer questions over allegations that his site was responsible for nearly three-quarters of all reported child sex trafficking ads. He refused to attend.

The subcommittee responded by formally approving a contempt motion that will be reviewed by the full Senate, likely this week. If approved, it will be the first time since 1995 that such a motion has been passed.

At the heart of the issue are claims that Backpage does not adequately screen its adult classified ads and, according to some prosecutors, may even be complicit in child sex trafficking for its failure to introduce adequate safeguards.

According to quasi-governmental agency NCMEC (National Center for Missing and Exploited Children), backpage.com represents 71 per cent of all the child sex trafficking reports that it receives from the general public.

The same figure has been used as an estimate for the percentage of ads for prostitution in the US, although that figure has come under question.

Backpage's response to those allegations, which stretch back a number of years, has been to argue that it is only a publisher of content and so is not liable for any subsequent illegal activity under the Communications Decency Act (CDA). It includes a disclaimer on its site about sexual content in its adult section which requires visitors to agree to report any "illegal services or activities."

But prosecutors claim that the company may not be protected under the CDA because Backpage moderators have helped in drafting the ads, including removing illegal terms. The company has also been accused of refusing to run software that automatically pulls ads and of scrubbing metadata from ads before they are handed over to NCMEC.

In order to answer these allegations, the Senate subcommittee subpoenaed CEO Ferrer, who has refused to turn up, citing the First Amendment.

If the full Congress does approved the contempt, Senate lawyers will then start a legal case against Ferrer in the DC courts – something that Backpage's lawyer claims the company has been asking for all along.

The last time there was a Congressional contempt charge it was over Bill Clinton and the Whitewater investigation, although that never went to court when Clinton's associate counsel turned up in front of a committee for questioning.

The last civil enforcement action was back in 1993 when Senator Bob Packwood refused to hand over pages from his diaries during an investigation over whether he had sexually assaulted a number of staff and lobbyists. Packwood resigned his seat in disgrace. ®