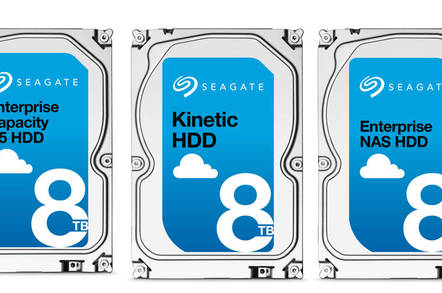 DataDirect Networks has no plans to support Kinetic disk drives in its WOS object storage products.

Kinetic drives are directly accessed over Ethernet, each having their own network address, and they receive Get and Put commands to read and write to a key:value store on the disks. They have been mostly associated with Seagate, although Toshiba and Western Digital/HGST are members of the Kinetic Open Storage Project (KOSP).

Exablox is supportive of Kinetic drives. Object storage suppliers CleverSafe (bought by IBM), NetApp (StorageGRID) and Scality are also members of the KOSP clan, but DDN is not.

It is finding success in the enterprise market with its WOS (web object scaler) arrays and software, and yet has no plans to implement Kinetic drive support. Why not?

Michael King, DDN's senior director for marketing strategy and operations, said that there was no customer interest; customers were not seeing any good benefits from having a WOS system using Kinetic drives.

The Kinetic use benefit is seen as IO stack simplification, with a set of array controller software and server storage IO stack software being no longer needed, as applications will access the drives directly.

Yet, with object systems storing trillions of objects, there still needs to be management to look after object placement, protection and so forth. No one, we think, wants to add substantial amounts of this new stack software to an application – not when it already exists in an object storage array and, as DDN sees it, there is no real simplification benefit.

King thinks Kinetic drive technology still has to prove itself as meeting a real need. So far, for DDN and its customers, it has not done so. ®