Boffins give amputee the finger – a bionic touch-sensitive fingertip

We can rebuild him… 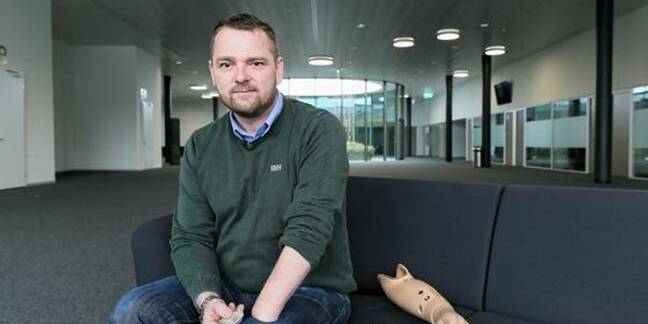 Technology has made great strides in building biomechanical systems for amputees, but using tech to replace touch has proven problematic.

Now a joint project by the École polytechnique fédérale de Lausanne (EPFL) and the Scuola Superiore Sant'Anna (SSSA) has developed a bionic fingertip that's capable of sensing the rough and the smooth.

The finger has sensors studded across the surface that generate electrical signals when moving across a ribbed or uneven surface. Those signals are then fed back to a nerve graft in the patient's arm and register with the brain, with a 96 per cent success rate at defining textures.

"The stimulation felt almost like what I would feel with my hand," said amputee Dennis Aabo Sørensen, who tried the finger. "I still feel my missing hand, it is always clenched in a fist. I felt the texture sensations at the tip of the index finger of my phantom hand."

The team also tested the device out on non-amputees for correlation. Surprisingly, the intact testers had a lower success rate in detecting texture, reporting a 77 per cent success rate.

In both cases, the testers were linked up to EEG brain monitoring equipment to see how their brains were handling the sensation. The scientists saw brain activity in exactly the spot where you'd expect for handling touch sensations.

"This study merges fundamental sciences and applied engineering: it provides additional evidence that research in neuroprosthetics can contribute to the neuroscience debate, specifically about the neuronal mechanisms of the human sense of touch," said Calogero Oddo of the BioRobotics Institute of SSSA.

"It will also be translated to other applications such as artificial touch in robotics for surgery, rescue, and manufacturing." ®