Yelp-for-people app Peeple is back – so we rated Julia, its cofounder 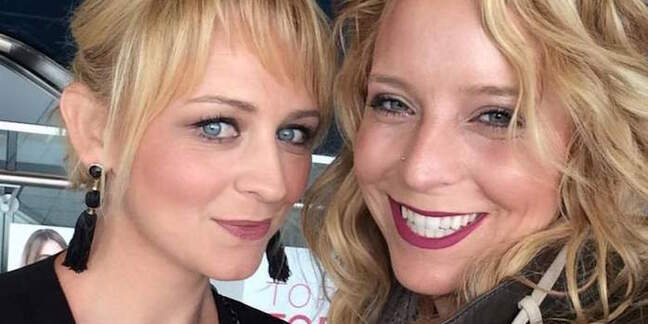 Comment When does determination become stupidity? We're about to find out with the launch of slander-as-a-service app Peeple.

It's been five months since the "Yelp for People" received a wave of press attention and then a flood of internet criticism when it was revealed that the app would allow people to rate other human beings.

The idea received widespread condemnation for its ability to give abusers, stalkers and malcontents an active way to harass others. The company now claims to have learned its lesson.

Amazingly, that lesson appears to have been to try to find a way to monetize the misery it is capable of inflicting by charging people for the ability to see the terrible things others have written about them – including the message we have left for cofounder Julia Cordray.

People will still be able to rate others – albeit through a positive/neutral/negative system rather than the previous five-star rating – and write whatever they like about them. Those at the receiving end will, according to Peeple, "have full control over the recommendations," meaning they will "never go live on your profile without your permission."

But there's a caveat: that control only extends to your "live profile." In the launch announcement, the company says that it will soon introduce a "Truth Licence" which, for a buck a day, will let you see whatever people have written about you, regardless of whether you have disallowed it and even, it seems, if you have "deleted" it.

In a clear sign that Cordray, her cofounder Nicole McCullough, and the rest of the Peeple team have not learned the lessons of their online roasting last year, they seem convinced that so long as abusive messages are not immediately accessible, there's no problem.

They are, of course, fantastically wrong. In order to stop a "recommendation" from going public, you will need to review it in your Peeple "inbox" – which means you will have to review and read any potentially abusive messages. Just ask an abuse victim how that is likely to feel. If the app does take off, preventing those messages from going live would also all be for naught, since others would be able to see them regardless by paying Peeple for access.

That system means that Cordray will have to read this reporter's message about how her decision to push ahead with the app is "foolish and most likely incredibly irresponsible" – if she is to stop it from going public on her profile.

Even if she does prevent it from being published, the moment Peeple launches its "truth licence," others will be able to read our thoughts on her personally. And presumably any other thoughts that people send her with respect to her profiting-from-slander exercise.

Peeple says you will be able to block people and that will prevent them from sending more "recommendations." But the company doesn't say what it will do with the abuse already sent through the system.

It says it will deactivate accounts that break its terms and conditions and requires you to validate your account by riding on the back of Facebook's "real name" system, but there is no assurance that Peeple would be able to keep up with the flood of tickets that result in widespread abuse of its systems, especially given how it failed miserably last year to deal with online criticism.

What's more, Peeple's terms and conditions explicitly and repeatedly attempt to remove any liability or even any requirement for it to act against breaches of its own policies.

From its agreement: "You acknowledge that Peeple has no control over and no duty to take any action regarding the Content users may submit regarding you, or what effects the Content may have on you, or how you or anyone else may interpret the Content."

Incidentally, we note that terms and conditions require you to be 17 or over and a resident of Canada, but the app itself is on Apple's app store and requires you to be 21. Not exactly confidence-forming that the company is unable to present consistent policies even within its own terms and conditions.

In short, Peeple is an open invitation to abuse others and the company reserves the right to not act on messages that people will inevitably claim are false and/or abusive while profiting from those same messages.

If there is one silver lining in this whole horrible mess of an idea, it's that people will, in theory at least, have to create their own profiles.

That means that the answer lies in completely ignoring Peeple altogether. If you take away the app's purposefully structured ability to comment on and rate human beings, there is nothing in it that hasn't been offered a thousand times before with other social media apps.

For Peeple to become in any way relevant, it needs to reach a tipping point of users. We downloaded and logged into the app and couldn't find a single other person either through our phone's contacts or Facebook friends. So long as it stays that way, then this monstrosity of an idea will stay where it ought to be: in a grave. ®