Eat it, Musk, Gates and Khosla 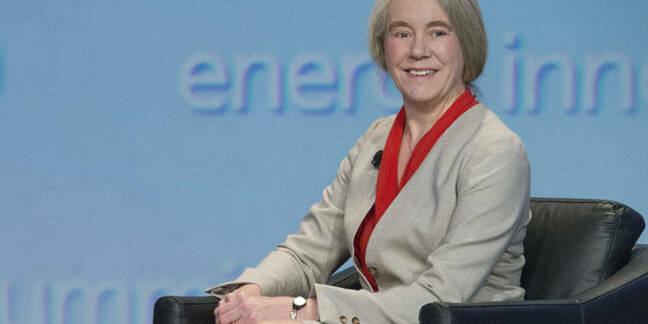 Analysis According to the head of ARPA-E – the research arm of the US Department of Energy – a number of breakthroughs in battery technology have been achieved, with huge implications on the use of renewable energy and electric cars.

Speaking at an ARPA-E event in Washington DC this week, director Dr Ellen Williams told an interviewer: "I think we have reached some holy grails in batteries ... we can create a totally new approach to battery technology, make it work, make it commercially viable, and get it out there."

The research agency has been working for a number of years on completely re-evaluating battery technology from their materials to their designs to their size and weight in an effort to identify new breakthroughs.

Dr Williams claims that has now happened. A number of the projects that the agency has been working on since its creation in 2009 have come to fruition and are lined up to receive private sector funding, she said. She later told The Guardian that energy storage is the "one area where we have delivered big time," talking about "grid-scale" technology.

If true, the impact could be enormous. Currently, a significant factor holding back renewable energy sources like solar and wind is the fact that energy storage is often inefficient and expensive. When the sun stops shining or the wind stops blowing, that energy source is cut off. With better energy storage, however, the economics of the entire industry would change.

One such project, being run in conjunction with Harvard University, uses large tanks of liquid as a way to store energy. The tanks are significantly cheaper since they use low-cost organic material, allowing for much larger amounts of stored energy at a lower cost per kilowatt-hour. It has received $4m in funding from ARPA-E.

Another $4.5m has been put into technology developed by Alveo Energy which uses the dark blue pigment called Prussian Blue – most commonly known for its use in blueprints – to provide a very inexpensive energy storage solution.

The pigment is less efficient than other solutions for storing energy (in terms of density at least), but it is so cheap and robust – since it's not sensitive to temperature or air – that it can be a safe, cheap and reliable storage medium for huge grid-size energy storage.

And another project, which uses the same liquid approach to produce smaller-scale energy storage, improves upon a current but expensive design by replacing the most expensive component (an ion-exchange membrane) with a lower-cost version and low-cost electrolyte solution.

The result is a claimed four-fold reduction in the cost of redox flow batteries using vanadium – from $4,000 to $1,000 – which brings them in line with ubiquitous lead-acid batteries.

Other projects are also underway at MIT, the Energy Innovation Laboratory in California and Energy Storage Systems in Portland, Oregon.