The other union? Less impressed 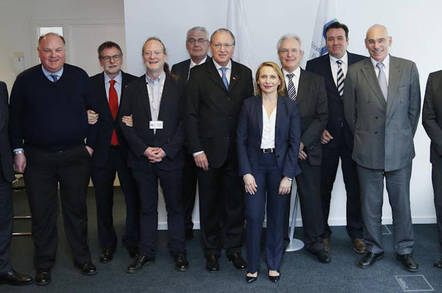 The European Patent Office (EPO) has come good on its promise to sign an agreement with its staff union – just not the union that it has spent more than a year locked in combat with.

The official announcement notes that the MoU has also "been offered for signature to all the trade unions at the EPO" – which is a roundabout reference to the EPO's larger union, the Staff Union of the European Patent Office (SUEPO).

SUEPO covers roughly half of all employees at the EPO and has held a number of strikes in response to what it says is the unfair targeting of its representatives as well as a number of work reforms.

Three SUEPO representatives are facing disciplinary proceedings, having been investigated by a special investigative unit set up by Battistelli, which included hidden cameras and key-logging software.

Recently the Board of the EPO's Administrative Council recommended that those disciplinary proceedings be halted until an external review had been carried out – a proposal that was rejected by Battistelli.

Matters will now come to a head at a full meeting of the Administrative Council in Munich later this month, and the EPO executive team are clearly hoping to use the signing of an MoU with the FFPE-EPO to deflect criticism.

"The signing marks a breakthrough in a process that was initiated jointly by President Battistelli and the Administrative Council of the EPO," notes an official release.

Battistelli is also quoted as saying: "The signing of the Memorandum of Understanding today is a milestone in a renewed social dialogue. By this recognition of trade unions as social partners, we are adding a negotiation scheme to our comprehensive process of consultation. We now look forward to signing the agreement with all unions. A meeting will take place with signatory unions in the coming weeks to define a common social agenda."

SUEPO remains unhappy with the MoU, which it says was simply handed to it to sign. One of biggest problems it has with the current text is that if someone leaves the employ of the EPO, they will no longer be eligible to be in the union.

This may seem like common sense, but given that Battistelli has dismissed the three SUEPO representatives, the union views it as a convenient way for the EPO executive team to get rid of union leaders that oppose its reforms.

Other concerns are the fact that any items for discussion between the EPO and its union would be subject to the president's approval, and that the union would be bound by regulations that the executive staff is able to change unilaterally.

Meanwhile, the EPO feels that the reforms that sparked its year-long conflict with its staff union are necessary to modernize the organization. In the release announcing the MoU signing, it specifically highlights those changes.

"The EPO has taken significant steps in the past few years to modernise its internal structures and increase efficiency, while further improving its patent quality," it argues. "These cover such diverse areas as co-operation with the member states, the EPO's IT infrastructure, and human resources policy. The 2015 annual results show that the reforms are paying off: the number of products (such as searches and examinations) delivered by EPO patent examiners grew by 14 per cent in 2015, to 365,000, and the EPO published more than 68,000 granted patents, an increase of nearly 6 per cent over 2014 and the highest number ever." ®