Abandoned Penguinista builds can't link up with newer clients, according to gripes 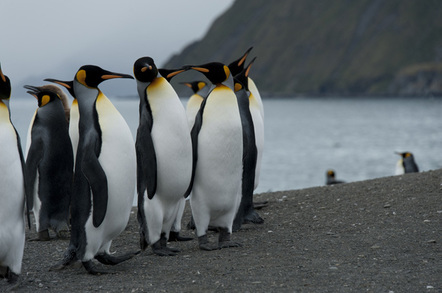 Linux users are piling on Microsoft after the long-neglected Skype client on the open-source OS suddenly lost the ability to join calls from other versions of the software.

Since Monday, users running the latest Linux build of Skype have been unable to chat to friends who are using Skype for OS X and Windows, it appears.

Fed up with this situation, Dutch student Nick Vernij and his pal Lem Severein decided to call attention to the issue by setting up a webpage. Here, they take Microsoft to task for the latest headache to befall Skype for Linux, which was last updated in June 2014.

"We do understand that Linux is a competitor of Microsoft's Windows. But we do not understand why this results in a lack of support for Skype," the pair's online protest states.

"Linux is actively being used by power users who can not or do not want to use Windows because of a lack of features, and now, those (paying) users who used Skype for both Business and Private purposes are dropped by Skype."

The page seems to have touched a nerve with many other Linux users who are making their (less than glowing) opinions on Microsoft's handling of Skype known.

"How is anyone surprised by this?" asks Reddit user basilarchia. "Microsoft's strategy has always been to make using Linux painful enough so people won't bother."

"It's a shame that it has come to this," said Redditor dont_think_so_. "To be a functioning member of society today, Skype is pretty much unavoidable and it would be nice to not have to resort to Wine."

Skype was the only medium that I could communicate with my grandmother, and #Microsoft suddenly blocked the Linux client she was using.

the complains about skype for linux show drastically the lack of a proper standardized, free and easy to use alternative...

El Reg pinged Microsoft for comment, but we have yet to receive a response. ®