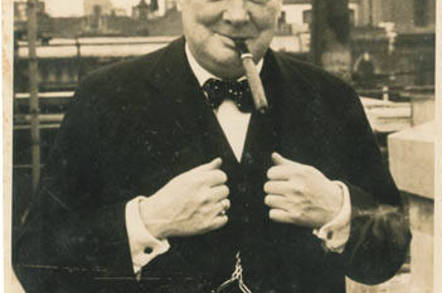 Outsourcer Serco has stemmed the flow of its haemorrhaging profits, posting a loss of £69.4m in 2015, down from £991m last year.

The outsourcer is currently in the middle of a major strategic turnaround. In a statement clearly channelling the spirit of his grandad, Winston Churchill, Serco chief exec Rupert Soames said: "Our plan has survived first contact with the enemy."

John O'Brien, analyst at TechMarketView, noted that while Serco's "results themselves don’t look particularly impressive" compared with where it was a year ago "things are looking up".

He said: "There’s clearly much work to be done over the next two years, to get the business where it needs to be to start competing to win - and grow revenues - again. But it is encouraging that significant progress has been made earlier than expected. All credit to the new management."

Meanwhile everyone's favourite outsourcer Capita posted a bump in profits of nine per cent to £112m for its full-year 2014, on sales up seven per cent to £4.7bn.

Despite Capita's headline results, the company growth is mainly coming from its aggressive acquisitions, said O'Brien.

"Acquisitions are going to remain a key lever for Capita’s growth. German customer management player Avocis, Capita’s largest ever acquisition, is for instance performing well, and we understand should provide a solid base for future organic growth in the region.

"Meanwhile, Capita spent £402m over the past year acquiring 17 businesses."