But he needs a history lesson… 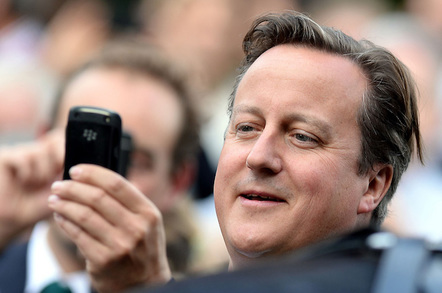 The date of the UK referendum on EU membership is set, and the campaigning has begun. Prime Minister David Cameron sees European mobile co-operation as a key part of the case for voting Remain. Today he chose Telefonica’s O2 HQ in Slough for a speech and public Q&A.

Cameron argued that Britain would lose influence outside an EU “making rules about mobile phones, networks and technology”, claiming mobile phone bills would go up if the UK was outside the EU.

The implication of this was twofold: that the smooth co-operation that gave Europe a lead in digital mobile in the 1990s and early part of the century would be interrupted, and that the UK was therefore reliant on EU co-operation for mobile interoperability.

But he might need to check the history books first.

The GSM standard that gave Europeans a highly advanced and competitive mobile market is indeed a model of European co-operation. It just had nothing to do with what was then called the “European Community”. Credit belongs to national negotiators and industry representatives, who throughout the 1990s simply got on with the job, never losing sight of the goal. And to ministers in a handful of countries, for their assurance that the negotiators wouldn’t have the rug pulled out from under them.

GSM was a private initiative, not a mandate or a design from a benevolent and wise superstate. The landmark Bonn agreement (pdf) in 1987 - signed by ministers from Germany, France, the UK and Italy - was both an endorsement of the initiative and an assurance that it had national-level political backing.

For more on how GSM happened from the bottom-up, not the top-down, see the account by the UK’s negotiator Stephen Temple CBE, from his GSM History site, or in his (free) ebook: Inside the Mobile Revolution, a Political History of GSM (pdf).

Indeed, many things that the EU takes credit for today happened not because of Brussels, but in spite of it. The Schengen open borders agreement was a non-EU initiative that happened because continental European countries, particularly the Benelux members, became so fed up with the European Community being so slow in agreeing open borders. Schengen was later co-opted by the EU and became compulsory for new members.

There's no doubting that the European Commission wants to be seen as an active participant, with its highest-ever profile Mobile World Congress this week. Whether things in mobile happen quicker or slower because of its engagement is an open question.

And we’ll leave the question of whether mobile and data prices will go up after a Brexit to you. Roaming tariffs are already EU-mandated, and data tariffs soon will be too. Perhaps it focus-grouped well, for we can expect to hear lots more digital campaigning from Cameron between now and June.

Strangely, one of the things highlighted by David Cameron as a key benefit over the weekend is the portability of media services. He called it a “bread-and-butter” issue. ®

The O2 staff’s questions were very good, and more direct than you get from Her Majesty’s Press Corps. One staffer wondered why so many FTSE100 countries had not signed the Remain letter - the promised number of 80 has fallen away in recent days and ended up as 36. Another, a migrant from outside the EU, wondered why her Polish neighbours got better benefits than her. You don’t get this on the telly.