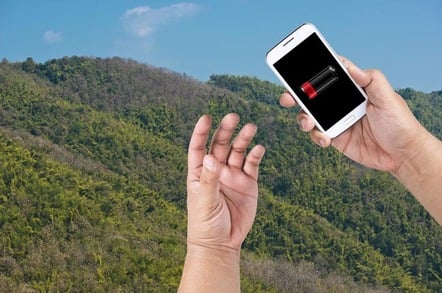 Fuel cell specialist Intelligent Energy has announced that it has signed a Joint Development Agreement (JDA) with “an emerging smartphone OEM” to develop an embedded hydrogen fuel cell for powering smartphones for up to a week.

The £5.25m ($7.5m) project will develop a fuel cell that will coexist with the smartphone’s existing battery, so won’t be replacing the battery entirely.

Back in November, Intelligent Energy announced that it had brokered an agreement with a smartphone OEM to “create a tailored development and integration program for a specific smartphone application, which will build on IE’s existing prototype smartphone with an embedded fuel cell, and may in time result in the licensing of the technology.” With this week’s news, it appears that this project is going to plan.

In this regard, technology differs from the likes of myFC, which generated a lot of headlines at MWC last year with its portable fuel cell charging pack, called the JAQ. As well as the JAQ, myFC also offers a much more ruggedized unit called the PowerTrekk, which is aimed at users who will be away from the electrical grid for some time. It combines a 3,800mAh battery that can be charged by the fuel cells.

The fuel cell generates electricity from a chemical reaction that combines hydrogen with oxygen. The process generates an electrical current, as well as water – a similar process to how Honda’s hydrogen cars work.

The waste water will be exhausted out of a venting system, which seems like it will impact the waterproof designs that many smartphone manufacturers are moving towards. Due to the integrated nature of the fuel cell, users will have to refill the unit directly – with a port integrated into the phone itself.

This is a step-change from Intelligent Energy’s other designs, like its Upp charger, which have modular fuel cells that are swapped at exchanges for refilled units. It also means that these phones will be dependent on the hydrogen distribution infrastructure that doesn’t exist today. This means developing partnerships with stores to ensure that consumers are able to readily refill their fuel cells when needed – otherwise they won’t gravitate towards the technology in the first place.

Intelligent Energy already sells its Upp USB charger in the UK, which is a two-part fuel cell that can provide around 5 full smartphone charges. The complete two-piece product is sold online and in some Apple stores. Users can exchange their empty modular snap-on units for filled ones at Upp Cartridge Exchanges. A fee of £5.95 per cell is required, and the exchange locations are shown on the Upp App – including from mail-collection service Doddle.

Because of this fee, the unit positions itself as a backup tool that won’t be used everyday – others its owners would incur a relatively high cost given the very cheap battery packs that are available on the market. The fuel cell has a 5V output voltage, with 5W of rated power and a maximum current of 1000mA. The cartridges have a 25wh capacity. The main unit measures 124.5mm x 40mm x 48mm, with the fuel cartridge measuring 90mm x 40mm x 48mm. Combined, it is quite a bulky system, weighing 620g.

Due to the difference in size, we would expect the integrated fuel cell to provide less total power than the Upp system – simply because you can’t fit as much of the fuel inside a smartphone casing as you can in an external housing.

As a standalone charging unit, the offering makes a lot of sense for a niche set of consumers, looking for something to keep their mobile devices charged while they are on outdoor excursions and away from the grid. But by integrating the technology into the smartphone itself as an option for consumers to use, Intelligent Energy is offering a valuable option to consumers who would want to have the ability to tap into the energy storage in case it was needed – without having to rely on an external adapter or charger.

This will be a boon for heavy users, but the service fee makes it prohibitive from becoming the primary source of powering a smartphone in the long term. With the talk of a specialized port for the integrated phone implementation, it is possible that the corresponding refilling points would be convenient enough to become very easy to use and perhaps more affordable, but battery-derived electricity is hard to beat in its convenience – despite its capacity leaving a lot to be desired by heavy users.

Julian Hughes, Intelligent Energy’s acting managing director for its consumer division, said that battery innovation has not kept pace with consumer demands from their smartphones. Daily charging is something that could be negated by this sort of fuel cell technology.

More interestingly, he added that “the Consumer Electronics division showcased earlier this year at CES, the international consumer electronics show, its drone and smartphone prototypes and models stating its commercial focus. With consumer power demands increasing and the advent of the Internet of Things making the world more connected than ever, now is the time to address the biggest limitation we have in achieving true connectivity – battery life.”

What fuel cells promise for IoT devices is a technology that can provide a lot more power than lithium ion batteries can in the equivalent power to weight/footprint form factor. While the tradeoff is found in the higher cost per unit, the advantages would include drone flight times that are measured in hours rather than minutes, or ruggedized industrial hubs or base stations that can be installed in the wild with sufficient charge to last a short term deployment while maintaining a smaller size or weight than comparable lithium ion battery alternatives.

In the past, Intelligent Energy has held demonstrations with Boeing for a fuel cell powered aircraft, back in 2008, and in 2010 the company showcased a hybrid-powered London taxi that used its fuel cell technology.