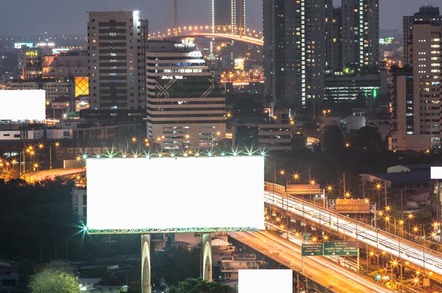 Three UK and Three Italia are to offer network-level ad-blocking software from startup Shine Technologies to their customers.

The telcos have implemented Shine’s ads blocker in the UK and Italy with plans for rapid rollout in Three’s other markets.

The carriers are owned by Hong Kong-based CK Hutchison Holdings, which has additional network and broadband operations under the same brand in Austria, Denmark, Ireland and Sweden.

Three UK has 8.8 million customers. Allowing them to block ads would throw a massive spanner in the works of the business model of Silicon Valley giants like Google and Facebook.

Rather than eliminate advertising from mobes, Three said claimed its network rollout is designed to give customers control over what they are subjected to.

Three promised "full details" of Shine's rollout would be announced "in the coming months."

“We don't believe customers should have to pay for data usage driven by mobile ads. The industry has to work together to give customers mobile ads they want and benefit from.”

Three said certain ads had been responsible for trampling users' privacy, adding that customers are entitled to receive ads that are “relevant and interesting" and “not to have their data experience in mobile degraded by excessive, intrusive, unwanted or irrelevant adverts.”

Other European carriers are also reported to be investigating rolling out ad-blocking tech at network level.

Founded in 2011, Shine is an Israeli firm that started out in the mobile antivirus field specializing in real-time behavioural analysis of the device.

It's now pitching ad-blocking which appears to be carried out using its AV engine. The firm has likened the behaviour of ads to that of malware.

It could, in theory, work to block ads served up in apps from services including Facebook and Google. ®

Mozillans scramble over the weekend to undo damage