And everyone in the world agrees … oh wait, not everyone 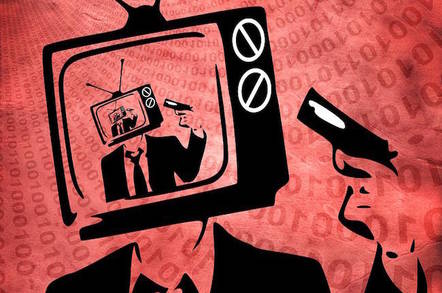 US broadband watchdog the FCC (Federal Communications Commission) has approved a proposal Thursday to put an end to the closed cable box rental – aka the biggest rip-off in America.

Under the "notice of proposed rulemaking," put forward last month by the regulator's chairman Tom Wheeler, all cable companies will be obliged to allow other manufacturers to create set-top boxes that provide the same services as the cable companies and work with the same networks.

The move is not controversial, with many asking why the FCC hadn't moved on the issue earlier. Before the vote, the proposal received the explicit support of a number of newspapers including The New York Times, USA Today, LA Times and The Boston Globe.

And yet, this being the FCC, the two Republican commissioners argued with the three Democrat commissioners, resulting in a 3-2 vote on the proposal.

The cable companies are, naturally enough, unhappy at the idea of seeing their cash cow turned into hamburgers. They argue the proposal would force them to build new boxes and oblige customers to rent a second box. They also claim that the idea would either let third parties add their own advertisements to cable content or block ads altogether.

Wheeler was having none of that at the meeting: "Nothing in this requires a second box ... there is nothing in here that allows third parties to disaggregate cable content or sell advertising around it."

Due to the FCC's arcane rules, the actual notice, rather than the proposal, hasn't been published yet, even though the commissioners have voted on it. Thus it's not entirely clear what exactly was decided.

According to Wheeler at least, the existing cable programming will remain entirely unaffected by the proposal, which would simply increase the amount of competition on the market. The notice seemingly contains a provision that would prevent new boxes – which may end up as apps rather than physical boxes – from putting extra advertising around other people's content.

What the proposal would do is oblige cable companies to provide their content, channel listings and what is available to specific customers to third parties. The customer would still need a cable subscription, but under the proposal, they would be able to rent or purchase a third-party box that lets them view the content. The proposal will also oblige cable companies to provide the relevant information in a format "that conforms to specifications set by an independent, open standards body."

Arguing against the proposal were Commissioners Ajit Pai and Mike O'Rielly. Pai argued that the FCC should be focusing not on opening up the cable box but eliminating it altogether, and reiterated cable company claims that the rules would see them produce a second box for consumers to go with their old existing box – hence more boxes.

That argument seems like the sister of the telco companies' claims that they would have no choice but to limit investment in broadband if net neutrality rules were passed – the opposite of which has happened.

Despite some merit in their arguments, their votes against the proposal seem almost perfunctory.

Naturally enough, the cable companies issued fierce complaints reminiscent of the net neutrality process. USTelecom said: "The Federal Communications Commission's decision today to insert itself into how video should be delivered to American consumers is unlikely to serve consumers or competition ... The FCC's thumb on the scales will inevitably straightjacket innovation and harm competition, neither of which will serve the public interest."

And Comcast railed: "Today, an FCC divided along partisan lines adopted an unbalanced notice seemingly predestined to lead to a new, anti-consumer government technology mandate on video set-top boxes. [This] puts the Commission's thumb on the scale by endorsing a government-mandated technology solution."

In support of the proposal, Commissioner Rosenworcel simply pointed to the fact that the "clunky set-top box and many-buttoned remote" were signs that the closed market had stagnated. Commissioner Clyburn pushed back on the one argument that hasn't been dreamt up by the cable companies: the risk that the proposal would impact small content producers who make money from the current arrangement.

She argued that those content producers should be able to find a way to reach consumers directly. The truth is that the proposal would impact such small producers, but that isn't reason enough in itself to maintain a poorly functioning system. Those companies will just have to find other ways to make money from their content.

It was nearly a decade ago that the Roku was first launched, and the Tivo was first displayed in 1999. Yet 99 per cent of American cable subscribers are obliged to "rent" their cable box, paying an average of $231 a year. That captive market brings in $20bn a year for cable companies. The end result, however, is notoriously big, ugly and poorly functioning boxes.

The proposal is likely to result in new devices that can cover much more available content. With, say, the next version of Apple TV – or, more likely, the Roku – you will be able to access cable content right alongside services like Netflix or Hulu.

It means that if you search for, say, a specific film, you will get more options. It also means you will be able to access events like The Oscars without having to switch devices and remotes. In short, it's the future of TV.

The proposal will now be published and opened to public comment. A final vote on it will likely take place toward the end of the year. ®