Zero. Zilch. Nada. That's how much Netflix uses its own data centres now 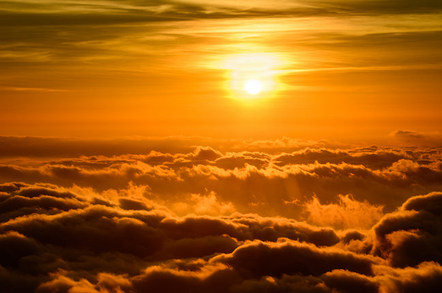 Netflix has announced it no longer does any meaningful work in its own data centres.

The video streamer says it was turned off on-premises IT when it suffered database corruption in 2008.

It's taken eight years of work to turn off that on-premises tech. During that time Netflix moved everything into Jeff Bezos' Discount Bit Barn Network.

All customer facing services, the company says, made the journey before 2014 came to an end. In the months since, the company has wrestled “billing infrastructure as well as all aspects of our customer and employee data management”, writes the company's Yury Izrailevsky, Stevan Vlaovic and Ruslan Meshenberg .

Those apps have since been tamed and as of January run in Amazon.

Netflix has a very visible brand and is a cloud poster child, so news of its migration is likely to become an oft-cited case study.

And fair enough: the trio mentioned above reckon Netflix couldn't have gone global without cloud and has been able to achieve scale and reliability that would otherwise not have been possible with its own efforts and financial resources.

The truth is, moving to the cloud was a lot of hard work, and we had to make a number of difficult choices along the way. Arguably, the easiest way to move to the cloud is to forklift all of the systems, unchanged, out of the data center and drop them in AWS. But in doing so, you end up moving all the problems and limitations of the data center along with it. Instead, we chose the cloud-native approach, rebuilding virtually all of our technology and fundamentally changing the way we operate the company. Architecturally, we migrated from a monolithic app to hundreds of micro-services, and denormalized and our data model, using NoSQL databases. Budget approvals, centralized release coordination and multi-week hardware provisioning cycles made way to continuous delivery, engineering teams making independent decisions using self service tools in a loosely coupled DevOps environment, helping accelerate innovation. Many new systems had to be built, and new skills learned. It took time and effort to transform Netflix into a cloud-native company, but it put us in a much better position to continue to grow and become a global TV network.

Another cautionary tale might be found in the form of a rumour circulating last week to the effect that Apple was thinking of dumping its own use of AWS, said to be a billion-a-year arrangement.

If true, Apple thinks it can get out of the cloud. And if it does, what might that do to the rest of us heading in if it takes a huge slab of AWS' revenue with it? ®

Reckon you can build the next Netflix? AWS has a cloud for you