North Korea briefly got its tumbling satellite under control, but before the satellite made any transmissions it started tumbling again.

If there was any purpose to the satellite other than to provide a rationale for the launch of the three-stage Unha rocket that lifted it, that purpose won't be fulfilled.

As we reported on February 9, US officials spotted the satellite's tumbling pretty quickly.

A few hours ago, US officials told Reuters "they got the tumbling under control" and put the satellite into a stable orbit.

That state of affairs didn't last, though. CBS News later quotes Pentagon sources as saying that the satellite is once again "out of control ... and therefore likely useless."

That news comes as South Korea reports the retrieval of fragments of the Unha rocket from the ocean near Jeju Island in the East China Sea.

The ministry says the debris is from a booster which separated from the rocket and "exploded into about 270 pieces," according to CNN. 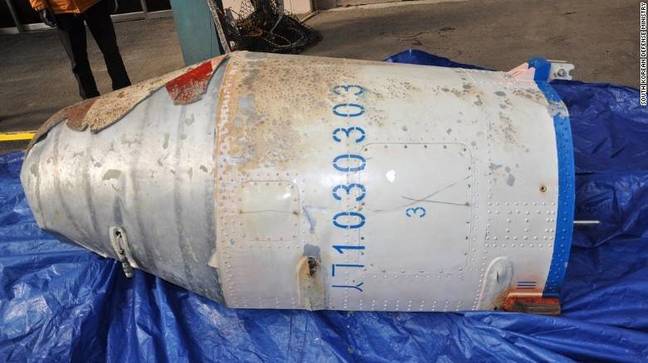 The conclusion the ministry offers is that the booster was fitted with a self-destruct device – presumably to prevent anyone working out how far the Unha has been modified from their Scud missile heritage (for example, to estimate how much it can lift these days).

As The Register noted previously, Pyongyang is not believed to have shrunk a bomb small enough to fit inside the Unha rocket, and experts currently don't think the country has worked out how to direct re-entry without the missile breaking up. ®

Is it worth competing with SpaceX prices?