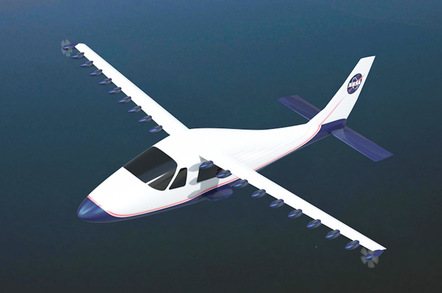 NASA is working towards getting an electric-powered multiprop experimental aircraft off the ground, with an eye to future "greater fuel efficiency, improved performance and ride quality and aircraft noise reduction".

The experimental version of the carbon composite Leaptech wing is 9.5m (31ft) across, and packs "18 electric motors powered by lithium iron phosphate batteries". 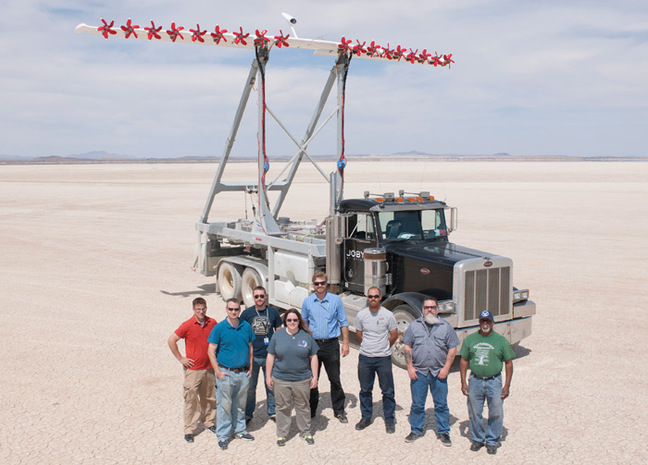 NASA explains that scientists "used the testbed to measure lift, drag, pitching moment and rolling moment that can validate research tools". The space agency adds: "Tests so far show the distribution of power among the 18 motors creates more than double the lift at lower speeds than traditional systems."

In parallel with this ground-based work, NASA flyboys have been taking up a Tecnam P2006T with its standard supplied wings to collect data for later comparison with the Sceptor. "An advantage of modifying an existing aircraft is engineers will be able to compare the performance of the proposed experimental airplane with the original configuration," Sceptor co-principal investigator Sean Clarke noted.

It's hoped that Sceptor will get airborne in 2019. It'll be a nine-passenger aircraft "with a 500-kilowatt power system". NASA elaborates: "To put that in perspective, 500 kilowatts (nearly 700 horsepower) is about five times as powerful as an average modern passenger car engine." ®

*Asynchronous, we assume, because "each motor can be operated independently at different speeds for optimized performance".

Night before Xmas and all through American Airlines, not a pilot was flying, thanks to this bug

Updated Vacation system gremlin gives everyone who asked time off

Even US giants have trouble with their broadband ISPs