Microsoft hits the gas in drive to recruit autistic techies 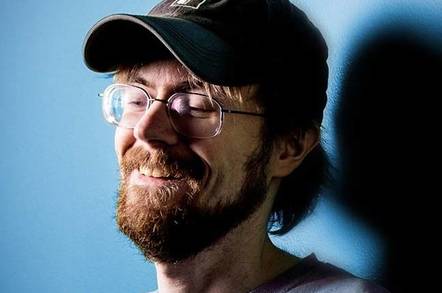 Kyle Schwaneke, one of Microsoft's first hires for the program, is now a mentor

Getting a job if you're on the autistic spectrum can be hard, but Microsoft is keen to hire people with the disorder for its workforce.

Last April, Redmond's VP of worldwide operations Mary Ellen Smith announced a plan to seek out IT-savvy autistic workers. In the eight months since it started, nearly a dozen employees have been hired, and with many more positions available, the tech giant is looking to expand its efforts, she said.

"These are people who may not be able to pass an initial interview or screen because their social skills might not be 100 percent in line with what's expected in a typical interview, but what amazing talent are we missing as a result?" Smith said. "There are unique minds being underused and overlooked."

Smith, who has an autistic son herself, helped set up a special interview process to screen the applicants. Rather than using exams or short, high-pressure interviews, candidates attend a two-week interview course where they participate in workshops, group collaboration projects, and one-on-one sessions with staff.

Kyle Schwaneke, who has a form of autism known as Asperger Syndrome, was one of the first hires from the new interview process. Zach Johnson, principal software engineering lead for Xbox, spotted him early and offered him a job as a software engineer porting Cortana to the console.

"Kyle's approach to programming was creative, and he was pushing limits," Johnson said. "It was very clear he was both well-educated and able to apply what he'd learned in school to try new things. He moved to the top of my list early on, and as the interview continued, I kept a close eye on him."

Schwaneke said that the job has been a huge change for him. He had been reduced to applying for low-paying retail jobs, but he's now financially secure and is considering buying a house. In addition to programming, he now works as a mentor for other autistic people within Microsoft.

"The team I'm on is incredibly supportive, and even though we have deadlines and things change, it's a very relaxed work environment," Schwaneke said. "I haven't felt the extreme stress I felt at college or in other jobs."

After the success of the pilot program, Smith said that the company is now looking to expand its efforts to recruit more people on the autistic spectrum. In addition, she wants to look into hiring from other groups who are termed disabled but who have valuable skills.

"We started small by design so we can learn and make adjustments as we go," Smith said. "We want to be deliberate in everything we do – to make sure it's a great experience for the job candidates, the new employees, and the teams and managers at Microsoft."

Microsoft isn't the only tech company looking to hire those with autism. In 2013 SAP started a similar program, and HP has a specific system for hiring the autistic too.

Those interested in applying to Redmond should send their resume to msautism@microsoft.com. ®