And Accenture and Atos and ... wait, no Amazon AWS or Microsoft Azure? 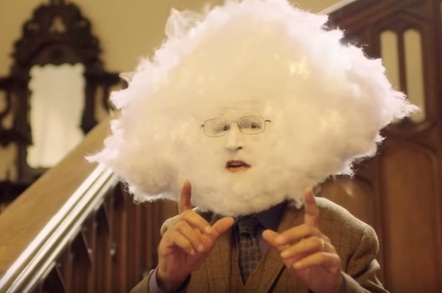 The European Commission has announced what companies will supply the organization with its new cloud services.

Despite having received 20 offers from 12 different companies, somewhat predictably BT, IBM, Accenture and Atos walked away with almost all the contracts, with Cloud Team Alliance also included in the public lot and Telecom Italia in the platform lot.

The process is the first serious step that the EC has taken toward using cloud services – something that has become increasingly common in the past few years. According to the announcement, the contract will "enable the Commission to follow the ceaseless pace of today's technological race."

It doesn't say explicitly that it hopes to save money, presumably to avoid being embarrassed later – but it does say that the "costs of storage, bandwidth and computing power are decreasing day by day." And it also hopes that use of cloud services will help it come up with future improvements to how it works, such as using "Big Data."

The private cloud service will provide computing and storage facilities through a private network link connected to the EC's data centers, and will be hosted by a single provider. The public cloud infrastructure will be run over the public internet. And the public platform-as-a-service will include both operating systems and database services run over the cloud.

All the systems will be physically located within the European Union, the Commission noted, "to be compliant with EU data handling requirements" – something that could be read as a pointed reference to the Safe Harbor agreement with the United States. However, much of the technology itself will come from US providers.

The first cloud services should appear this year, according to the Commission. ®

Updated AWS config blunder spills secrets all over the internet