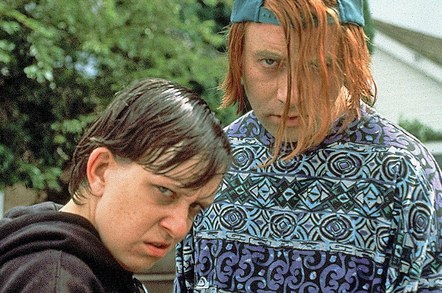 A long-awaited review into the future of .uk registry operator Nominet by former chairman of the BBC Trust has told the company it's time to grow up.

Sir Michael Lyons' review [PDF] was completed and sent to Nominet's Board in October, but was only published Thursday along with the Board's response [PDF] to his 19 recommendations.

Despite being told to open a can of worms by looking yet again at Nominet's membership and corporate structure, Sir Michael appears to have realised that request was part of the problem and strongly recommended in his report that Nominet not look at making changes until it had fixed its significant trust issues with members.

"When I was first asked to undertake this review, the board expected a rather fuller exploration of alternative corporate structures for the future," he writes. "They were particularly exercised by a concern that Nominet has wider accountabilities that are not fully reflected in its current structure ... One of my earliest conclusions, however, was that the company has much work to do in better aligning the interests and ambitions of the current membership before it would be possible to open up discussion of new corporate structures."

It was a vital early insight into the troubled organization. And it is worth noting that the few recommendations that Lyons does make with respect to Nominet's structure and corporate functioning have all been rejected by the Board.

You need to include a finance director on the Board, he told Nominet, especially since the company is actively considering diversification and acquisitions. No we don't, responded the Board. Status: complete and closed.

You need to reduce the number of staff members on the Board, Lyons explained. It gives the executive team too much sway for its own ideas and reduces accountability, plus it could make the CEO's job harder. No, we're fine as we are, the Board responded. Status: complete and closed.

The Board needs to stop interfering in elections, he told Nominet (although with the more diplomatic phrase "consider stepping back from being so closely involved in issuing advice on preferred candidates"). Instead, list the skills you need and stay out of it, let the members make their own conclusions.

Again, a No. "We do not feel that in all conscience we can accept this recommendation entirely. In our view, the Nominet Board should always be able (if not obliged) to put the record straight in order that members have a full and fair picture upon which to base their voting decisions."

Stop trying to do all the work yourself, and cut down on the number of Board committees, he told them. Ok, maybe we don't need the "Development Working Group" and the "International Working Group," the Board responded. And the "Model Review Working Group" was set up just for this exercise. But we're keeping the rest.

And you should seriously consider breaking the link between becoming a Nominet member and getting a discount on .uk domains, Lyons noted. It's causing a lot of other problems. It acts as a barrier to effective engagement with the broader internet community and it causes conflicts of interest. Please at least think about it.

Nope, said the Nominet Board. We're good, thanks.

It is sad, though not surprising, that Nominet's Board clearly intended the review it commissioned from Lyons to give it the right answers and sufficient ammunition to push through yet another corporate change that would pull Nominet further away from its members and divest more power in the staff and Board as they drive it in a more commercial direction.

In order to get there, the Board should have chosen someone less conscientious or insightful.

In the end, the review holds a mirror up to Nominet and tells it that it's time to grow up. The members aren't the problem, you are, he tells the Board and executive team. It's not at all clear that they heard.

Lyons repeatedly notes that the organization's painful history has to be dealt with before it can move forward.

"The recent history of the company, and especially the period 2008 – 2010 which was marked by a struggle for power and control of the company's direction, has left scars both within the company and beyond," he flags under the heading "Unfinished business."

He continues: "One of my earliest conclusions was that the ghost of these experiences still walks the corridors of Nominet and haunts much of its engagement with the company's members. This is problematic because it affects the company's confidence to move forward and that is a potentially serious handicap."

The Board, which feels it has won the running battles with its own membership, was clearly not excited to hear that the past was still with them but it has agreed – in theory at least – to take on board the recommendations that Lyons made in order to help the organization heal its wounds.

"The Nominet board need to extend efforts to effectively engage with the membership. A key part of this is the development of a strong, clear narrative for the membership about the company's future," Lyons recommends. Okay, fair point, the Board responded. "We accept that we have struggled with effective membership engagement, and recognise that more effort needs to be extended in this area."

You need to define and agree what Nominet's "public purposes" are, he urged Nominet, in a similar way to the BBC. That way, the staff and Board have a foundation to refer to when devising future plans.

Good idea, responded Nominet, although it doesn't seem to have read the bit where Lyons urged the Board to make sure that membership played a key role in deciding what those public purposes are. We've already got a list and we will tell the members what they are, the tone-deaf Board responded.

Nominet needs to be much more open and transparent in its dealing with the UK government, Lyons warned. We'll think about it, the Board responded.

Make public the performance metrics that the Board uses to hold the executive team to account, he recommended. Okay, we will, say the Board in a rare point of agreement, quite possibly because it will make the Board look good.

Where Nominet did manage to agree wholeheartedly with Lyons was on its over-sized ego. Keep influencing internet policy discussions and laws both at home and internationally, Lyons suggested. We sure will, the Board replied.

And remember: you're not a regulator, Lyons noted. "Nominet's continued independence from government is important, especially in a post-Snowden world. Not only is Nominet able to act as a buffer against the fluctuating pressures for greater surveillance of internet communications but also, the larger companies in particular understand that its efforts help to maintain a healthy, honest and trustworthy registry on behalf of its members, reduces the pressure for greater regulation by Ofcom or some other new, dedicated regulator."

Yes, we are rather important, Nominet agreed.

And that was it.

Sir Michael Lyons should be congratulated for doing a difficult job, gaining swift insights and having the courage to use his report [PDF] to tell the Nominet Board what it needs to hear rather than what it wants to.

Based on the Board's response [PDF], however – something it has taken three months to put together – it still isn't listening and still thinks it's always right. Lyons now knows exactly what it feels like to be a Nominet member. ®