Version 2.6, expected in May, will be the last release 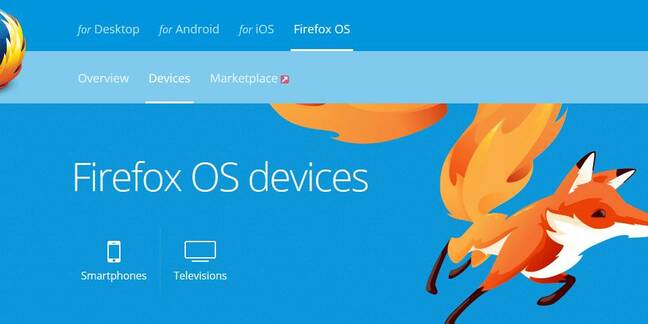 Version 2.6 will be the last official Firefox OS for smartphones

Mozilla's Head of Core Contributors, George Roter, has announced the end of development of Firefox OS for smartphones.

Competing with Android and iOS is simply too hard, says Roter:

We made an awesome push and created an impressive platform in Firefox OS. However, as we announced in December, the circumstances of multiple established operating systems and app ecosystems meant that we were playing catch-up, and the conditions were not there for Mozilla to win on commercial smartphones. We have decided that in order to succeed in the new area of Connected Devices we must focus our energy completely on prototyping the future and exploring how we can make the biggest impact in IoT.

The final version of Firefox OS will be version 2.6, which is set for release at the end of May 2016. "Firefox OS for smartphones will no longer have staff involvement beyond May," the post states.

The statement is not a surprise, given a post in December by Senior VP Ari Jaaksi in which he enthuses about IoT (Internet of Things) and adds that "We will explore and prototype new use cases in the world of connected devices as an open source project with a clear focus on the user benefit and experience."

As for connected devices, Roter says there are three projects that have passed from the idea phase to active investigation, of which one is fully public, the Firefox OS Smart TV.

Firefox OS is open source, so in theory community work could continue, but without the backing of a major sponsor it is unlikely.

The barriers to entry in the smartphone market are huge, so Mozilla's retreat was perhaps inevitable. Nevertheless, it is a sad moment for those in search of an open smartphone platform.

The thinking behind Firefox OS was to have a smartphone operating system based on browser technology, so that web apps would port easily and that everything would be built with open standards. Low-priced smartphones using the OS have been released by vendors including Alcatel OneTouch, LG, ZTE and Huawei.

Firefox OS is the only mobile operating system that is open source, developed in a transparent way and receptive of contributions, that has shipped devices

"Android in the form of AOSP is basically source dump. Roadmaps are not public, contributions rare. We are throwing away something unique and important. WP, iOS, BB10 are not open," says community member Andre Alves Garzia in a comment. ®