Lenovo: China biz down, PC and mobile down

But hey, losing 3,200 staff plumped profits. And it is nearly the weekend 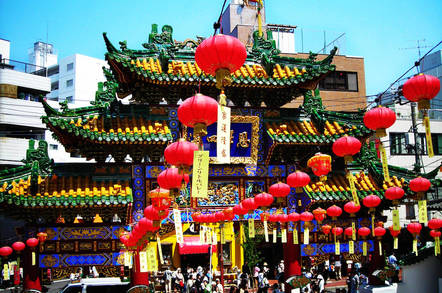 The relatively weaker economy in China and slumping demand for gadgets puts Lenovo between a rock and a hard place.

The company spent last year swamped with PC stocks as it had failed to recognise the oncoming slowdown, but has of late started to clear the decks helped in part by write-downs in Europe.

Evidence of this can be seen in the numbers: revenues for Q3 of fiscal ’16 ended 31 December fell eight per cent to $12.9bn - down two per cent in constant currency - as the PC and mobile divisions reported declines.

Broken down, the computer division reported a 12 per cent drop in turnover to $8bn, making Lenovo bragging about spending 11 straight quarters as the world’s biggest shifter of PC tin somewhat hollow. It shipped 15.4m units in the quarter.

Lenovo is pinning hopes of market revival on a “commercial refresh driven by Windows 10”, and take advantage of vendor “consolidation”. Gartner forecasted some growth in smartphones and convertibles.

In the Mobile Business Group - smartphones, Android tabs and smart TVs - turnover fell four per cent to $3.2bn. Total smartphone shipments declined 18.1 per cent to 20.2 million units, but outside of China (75 per cent of total volumes) they grew 15 per cent.

The Enterprise Business Group that houses IBM’s former x86 server sub, reported sales of $1.3bn, up eight per cent year-on-year and up 12 per cent respectively. System x sales were $1bn, but this is way down on the $5.6bn yearly run rate before Big Blue offloaded the business.

Geographically, China accounted for 27 per cent of total group sales to $3.5bn, this is 14 per cent down on the same period in the prior year. Asia Pacific was 15 per cent of sales at $2bn, EMEA sales of $3.5bn were down 15 per cent, and the Americas fell seven per cent to $3.9bn.

Lenovo may not be able to force consumers and businesses to buy its gear - in the absence of a killer innovation - but it can control expenses, and last summer’s cost purge helped beef up the bottom line.