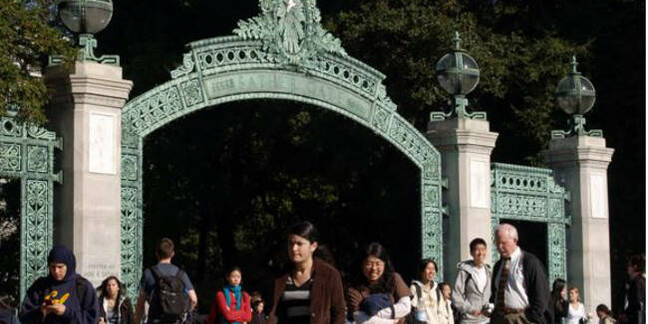 A group of four current and former University of California, Berkeley students are suing Google, claiming its Apps for Education service illegally spied on them.

In a suit [PDF] filed in the US Northern California district court, the group says Google used its education bundles to intercept student emails without their notification or consent.

The email content, the suit claims, was analyzed by Google and used to generate advertising profiles. UC Berkeley offers the Apps for Education package to both its students and faculty.

"No Plaintiff authorized Google to acquire, read, and create a user profile on him or her from the contents of his or her Google Apps for Education email for advertising purposes," the complaint reads.

"To the contrary, until April 30, 2014, Google denied that it was scanning Google Apps for Education users' emails for advertising, and misled educational institutions into believing their email was private."

The plaintiffs are each seeking $10,000 payouts plus legal costs, but the suit also warns that "numerous claims like Plaintiffs' are expected to follow in an amended version of this complaint and/or in related cases."

This is not the first time Google has faced criticism for the way Apps for Education handles the data of students.

In late 2015, the Electronic Frontier Foundation filed an FTC complaint against Google Apps for Education, claiming that user browsing histories were being collected by Google and used to target students for ads.

Google countered that the histories were only stored as part of Apps for Education's sync option. ®

Ex-Homeland Security boss University president says it's all about safety