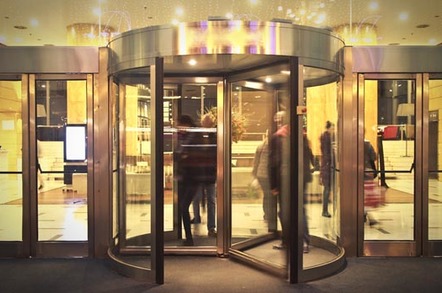 It is back to the drawing board for troubled infrastructure and application cloud provider Outsourcery after it confirmed sales veteran Emma de Sousa has opted not to join them as MD after all.

As exclusively revealed by us late last year, De Sousa quit her job as UK boss at reseller Insight to lead Manchester-based Outsourcery, in a job that was due to start on April Fool’s Day.

It was hoped that she would inject some much needed sales and marketing nous to a company that was, up until the September, losing more money than it actually turned over.

The LSE-listed cloud biz confirmed De Sousa is pregnant - this is her second child - and for “family reasons” she would be unable to commence the MD role until 2017 “at the earliest”.

Chairman Ken Olisa, said he was “naturally disappointed” by the decision but “we fully understand it. We will not be enforcing the terms of her contract…I wish her a safe pregnancy”.

Co-CEO Simon Newton and former Dragons’ Den bad ass Piers Linney will need to keep their hands on the steering wheel for some time yet. Outsourcery confirmed it has “reinitiated” the search for a leadership role to sign someone “as early as practicable”.

Wolfgang Eberrmann, EMEA head at Insight, confirmed De Sousa will remain at Insight - although she resigned in November.

He told us a “combination” of the “opportunities” at Insight and expanding family “triggered” De Sousa’s U-turn.

In a UK blog post for Insight, De Sousa said the change in her personal circumstances forced her to “re-evaluate my personal and professional future”.

“The outcome is that I no longer feel able to pursue the opportunity with Outsourcery and intend to continue, and enhance my journey with Insight.”

De Sousa said she’ll start to play a bigger role in helping Insight across EMEA to shift more business towards the cloud and managed services or as she referred to it, the “transformation”. ®