HPE, or as it is also known, Helping People Exit 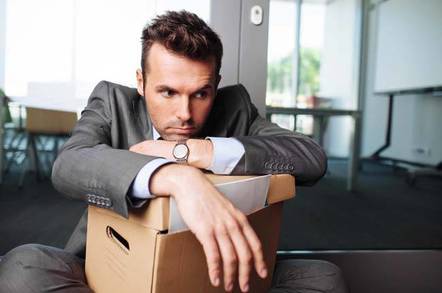 Hewlett Packard Enterprise is ditching techies at its Lytham site who provide infrastructure services for public sector clients, including the Department for Work & Pensions.

According to the Public & Commercial Services (PCS) union, HPE has put 166 employees in the infrastructure technology outsourcing business at risk of redundancy.

“Staff fear for their jobs and are understandably worried about the damaging effect of taking hundreds of skilled IT jobs out of the north west economy,” said PCS industrial officer Peter Olech.

HP made 58,000 staff redundant under the previous multi-year cost-cutting programme that ended in October.

Then HP CEO Meg Whitman was under pressure from Wall Street to steady profits - amid declining sales - and throwing costs overboard was one of the tactics she used.

Whitman, who broke up the company in November and is CEO at HPE, will maintain the strategy - up to 30,000 more employees will leave over the next few years. Enterprise Services folk are expected to face the sharpest cuts.

The Lytham redundancies are part of the wider workforce “rebalancing”. Locally, HPE is expanding regional services hubs in Newcastle and Erskine. HPE services people were dotted across the UK prior to consolidation.

Olech at the PCS, said: “Job cuts have almost become a way of life at HP in recent years, with the company’s focus on appealing to investors over its loyal staff who continue to generate profits.”

He said the union will be talking to MPs to find a way to “protect these jobs”, but PCS claimed HPE was “not open to redeployment or relocation”.

HP sent us a statement:

“These changes are part of a company-wide strategy to foster bigger teams with critical mass and concentrated resources across fewer locations.  This strategy will leverage closer collaboration across the organisation.” ®