Investors furious that Amazon only made $482m last quarter 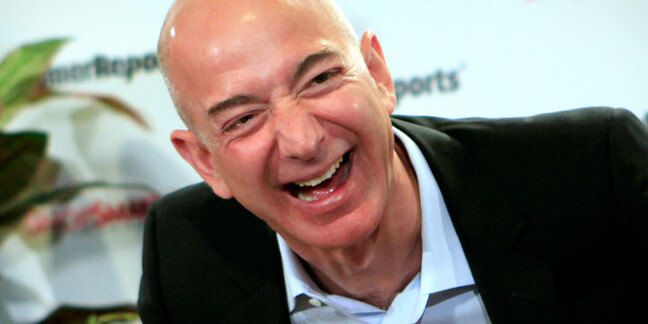 Amazon is taking a beating on Wall Street as the retail and cloud giant posted numbers that, although strong, were short of analyst expectations.

The house of Bezos saw its stock price fall 13 per cent after the release of its quarterly and full-year financials. However, Amazon noted large gains in key areas, including the AWS cloud services.

For the full year, Amazon showed hefty returns, but fell short of expectations.

"Twenty years ago, I was driving the packages to the post office myself and hoping we might one day afford a forklift. This year, we pass $100 billion in annual sales and serve 300 million customers," Bezos said.

"And still, measured by the dynamism we see everywhere in the marketplace and by the ever-expanding opportunities we see to invent on behalf of customers, it feels every bit like Day 1." ®