Met Police: Yes, outsourcing IT to Steria has 'risks' 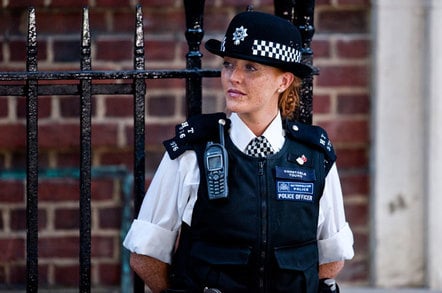 The deputy commissioner of the Met Police, Craig Mackey, has acknowledged that the force's IT strategy, which includes slashing jobs in a mega outsourcing deal with Steria, is not without risk.

Last year the Metropolitan Police announced it was cutting hundreds of jobs in a 10-year £216m mega deal with Sopra Steria, a cross-government joint venture. The move will cut in-house staff from 800 to 100.

In response to a question from The Register at the Police ICT Suppliers Summit, Mackey said:

"We won't be waving the flag of success until the project has been running for three-to-four years. We're not saying it is all easy and risk free."

However, the senior officer said the move to outsource the Met's back office ought to "de-risk" its "ERP solutions."

"We are about 20 per cent of the way in what is at least a 10 year journey. We are trying to be careful to make sure what we do is right and we do it well. We've inherited a large technical debt," he told delegates.

London's spending watchdog had warned the Met could risk a high-profile outsourcing failure "similar to the G4S and Serco electronic tagging scandal".

Last week the Public Accounts Committee also heard that the Steria shared services centre run by the Cabinet is "not going well at all."

The force has awarded a contract to Atos for its Service Integration and Management (SIAM) "tower" contract. The deal is part of the Met's Total Technology Programme, to sign up multi-suppliers to provide infrastructure services.

Mackey said the force has turned its back on the model of just letting one large contract run for many years. "We've moved to an integrator and a tower model of services. It is a very different way for the Met to provide services," he said.

The move is intended to "disaggregate" its IT by having one supplier manage multiple separate contracts. However, that model has yet to be proved, with the Ministry of Justice having encountered major problems with its attempt to "outsource in chunks".

The Cabinet Office has also said that the "tower" model is no longer official government strategy.

Mackay said that a range of views are emerging about this model. "But my early experience and indications [suggest] so far it looks good."

Last week it also emerged that a major delay to the Met's new command-and-control system responsible for handling 999 calls will cost the tax payer £25m. ®