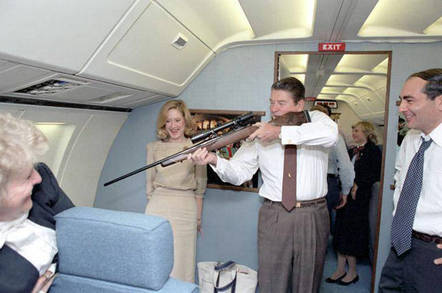 On-call ABDUCTION 151228046, 2700 block of S. Grove Street. At approximately 11:00 a.m. on December 28, a male subject refused to let a computer technician leave the residence until his computer was fixed. The suspect allegedly had a gun in his possession and threatened to kill the victim. Joseph Nestor Mondello, 50, of Arlington VA was arrested and charged with abduction.

So the computer rage incident took place over the Christmas break when most of us were tucking into our mince pies - a little old maybe but it bears retelling.

The repair guy, a Dell technician, told Mondello that he needed to leave to get a part to fix his PC. This made Mondello very cross. “You’re not leaving this house until the computer is fixed,” he said and then left the room - to return with a gun. He then issued this threat: “I am going to kill you slowly,” police spokesman Dustin Sternbeck told local press.

Luckily for the technician, Mondello’s wife heard the commotion and intervened, enabling him to escape. The gun turned out to be a replica but still ...a bad customer experience.

Or to be more accurate, a very bad experience with a customer. So, dear readers, tell us about your most demanding customer – even better if you have a police report to call on. ®