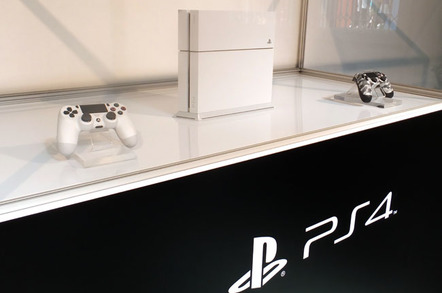 Sony is consolidating its games business into a single office that will be tasked with running all PlayStation operations.

The Japanese electronics giant said that San Mateo, California will be the new headquarters for Sony Interactive Entertainment (SIE), a branch that will handle both the PlayStation console development and the PlayStation Network services. The new company will also keep offices in London and Tokyo.

Sony said that in the last fiscal year [PDF], games and network services accounted for $11.5bn in revenues and $401m in net income for the company.

In merging the two companies, Sony creates a single operation that will be able to oversee both the hardware and software sides of the PlayStation. Now both the PlayStation console developers and the PlayStation Network operators will report to a single boss and, presumably, development of both can take place side-by-side.

Sony Computer Entertainment's Andrew House will serve as president and CEO of the new operation and will report to a board of directors including Sony CEO Kazuo Hirai. The combined company will officially launch on April 1.

"By integrating the strengths of PlayStation's hardware, software, content and network operations, SIE will become an even stronger entity, with a clear objective to further accelerate the growth of the PlayStation business," House said of the tie-up.