Cooking the books? Not us! 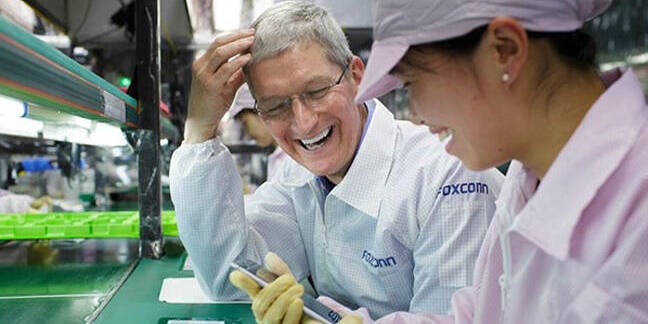 The Commission confirmed that a meeting had taken place but said it could give no further details.

The Commission is investigating two advance pricing arrangements (APAs) issued by Ireland in favour of Apple in 1991 and 2007. An APA is an agreement between a taxpayer and a taxing authority that amounts to be charged for goods or services supplied intra group, and usually cross-border, will not fall foul of transfer pricing legislation.

The European Commission does not have direct authority over national direct tax systems. However, it is unlawful under EU state aid rules for any EU country to give financial help to selected companies in a way which would distort fair competition. If an APA contravenes market principles so as to confer a selective advantage, it could be considered to be state aid.

Financial services firm JP Morgan said in a research note to investors in May 2015 that Apple could be liable to pay as much as $19 billion, the Irish Independent reported at the time.

Ireland's finance minister Michael Noonan said in November that he expected a decision from the Commission before Christmas. However, since then the Commission is believed to have asked Ireland extra questions and the decision is not now expected until after the Irish election, tax expert Catherine Robins of Pinsent Masons, the law firm behind Out-Law.com said.

No date has yet been set for the election but Irish prime minister Enda Kenny said at Davos this week that it is likely to be in "early spring", according to The Journal.

After last week's meeting, Cook sent a tweet which claimed that Apple products support more than 1.4 million jobs across Europe

In September 2014 the European Commission published a letter setting out its preliminary findings in relation to its investigations into the rulings given to Apple. It said that the APAs agreed between the Irish tax authorities and Apple may have given the company unfair advantages incompatible with EU state aid laws.

It said that tax margins appeared to have been "reverse engineered" without economic basis and tied to concerns about local jobs. It also criticised the length of the 1991 agreement which lasted 16 years, compared to arrangements in other European countries that the Commission said typically lasted for no more than five years.

In October 2015 the Commission announced that rulings given by the Netherlands and Luxembour to Starbucks and Fiat Finance and Trade respectively constituted unlawful state aid.

Earlier this month it also ruled that a Belgian 'excess profit' scheme which gave tax advantages only to multinationals also constituted state aid.

The Commission is also investigating rulings given by Luxembourg to McDonald's.