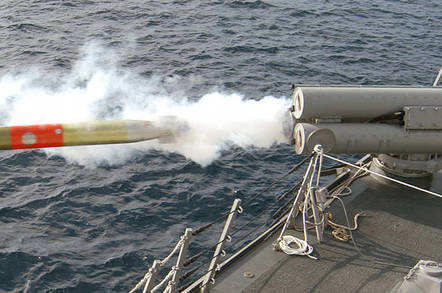 +Comment The Dell-EMC merger deal, with EMC shareholders getting $33.15 per share, was announced on October 12 last year, when EMC shares traded up to $28.35 from September 29’s low of $23.13; they’d been rising since then on rumours of the deal.

Dell and its Silver Lake backers must now be worried that the deal will be dead in the water before it happens. They have to raise $40bn - $50bn in debt to finance the EMC acquisition. If that debt-raising exercise fails, because investment groups and organisations can’t see EMC shareholders accepting the tracking stock, and can’t also see why they should finance Dell/Silverlake buying EMC for 30 per cent more than it’s worth, then the whole deal could fall apart. 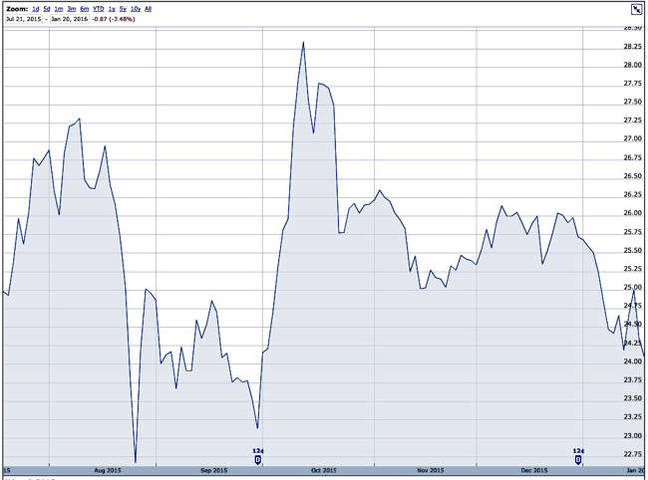 In theory Dell/Silver Lake could now offer, say, $50bn for EMC and dump the tracking stock idea, but unless this cuts its debt burden, it is hard to see that aircraft taking off, even if EMC accepted it.

VMware shares are also down. They are at $49.20, having plunged from $82.09 when investors first became aware of the deal – a fall of 40 per cent, even worse than the EMC stock price fall. Investors in both EMC and VMware appear to dislike the proposed Dell acquisition of EMC strongly. 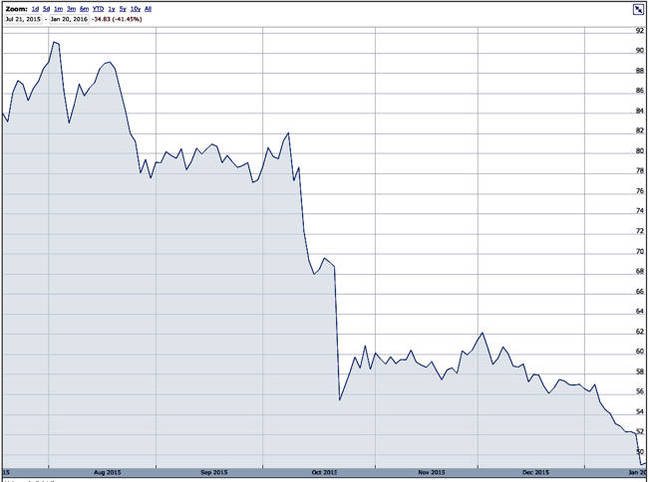 They would rather, we imagine, that EMC spin off VMware, a nightmare possibility for EMC’s board. It would then leave EMC on the edge of a standalone abyss with activist investor Elliot Management looming overhead and restricting its options. 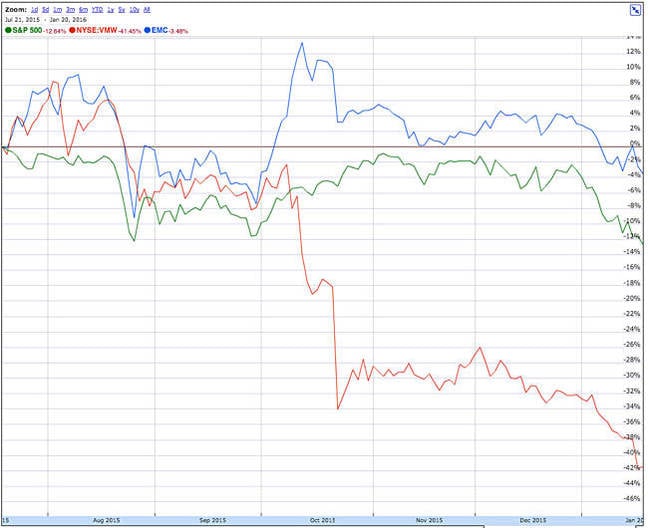 EMC, VMware and S&P 500 index compared over last six months. EMC has done better than the S&P 500 but VMware has done much worse.

VMware reports its latest quarter’s results on Jan 26, with EMC following suit in Jan 27. EMC chairman and CEO Joe Tucci will be closely quizzed by analysts in the results conference call, scenting potential disaster and hoping big Joe has a plan B. ®