Better drink up that bubbly guys, the good times are coming to an end 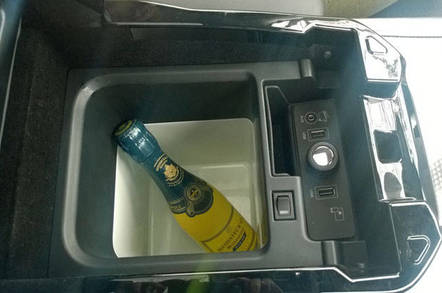 IT outsourcing spend in Europe will continue its downward spiral this year, as cloud infrastructure purveyors gain a stronger foothold in the market and further push down mega deals, according to research.

During 2015, European IT outsourcing spend fell by eight per cent to £5.3bn, as the number of large infrastructure awards dropped sharply and value was lower on smaller deals overall, according to the ISG outsourcing index.

It said Europe is currently the world’s largest outsourcing market. Global IT outsourcing spend fell 12 per cent to £10.4bn.

John Keppel, partner and president of ISG, said unlike the American market, the likes of cloud infrastructure suppliers such as AWS have yet to win any big deals. "In 2016 we will start to see a much more significant uptake in Europe," he said.

The company said that during 2015 the number of awards – as opposed to overall spend – was at an all-time high with 1,445 contracts signed globally, an increase of two per cent over 2014. Cloud, digital and automation are driving down average contract value and duration, it said.

Keppel said: "In America, AWS's services revenue is something to be reckoned with, and not just AWS but lots of infrastructure cloud service providers," he said. "Volume-wise, there is plenty of activity with digital projects and initiatives. All of these have a cloud computing component."

He added: "One of the most interesting questions for the next decade will be how these classic infrastructure providers [respond]."

The number of IT outsourcing deals in Europe has grown exponentially during the last decade, up 88 per cent from £3.2bn in 2006. Accenture, Atos and BT were named the three 'standout out' outsourcers for the year in terms of revenue. ®