Apple backs down from barring widow her dead husband's passwords

Don’t die without a digital will 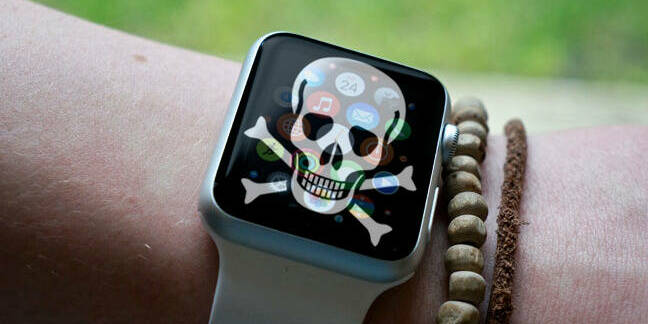 A Canadian widow won't have to go through the courts to get the password to her dead husband's iPad after Apple, in the face of media pressure, withdrew its insistence on legal action.

Last August 72-year-old Peggy Bush lost her husband to lung cancer and, among other belongings, was left her husband's Apple laptop and iPad. But when she fired up the fondleslab she found it was password protected and her husband had neglected to write it down anywhere.

"I just had the iPad. I didn't touch his computer, it was too confusing to me ... I didn't realize he had a specific password I should have known about ... it just never crossed my mind," Bush told the Canadian Broadcasting Corporation.

Her daughter got in touch with Apple support and explained the situation. The customer support operators said it wouldn't be a problem – they would just need the will bequeathing the hardware to Mrs Bush, along with a death certificate.

These she gathered, but when calling back the customer support representative claimed never to have heard of the case. Bush's daughter spent the next two months being given "the runaround," as she put it, before an Apple staffer told her they would need a court order to hand over the password.

Donna wrote a personal letter to Tim Cook explaining the situation but got nothing back from Apple other than an affirmation that the firm would have to have a court order to allow her mother to use the iPad as intended.

The family went to their local media to protest the situation and, lo and behold, Apple swung into action. The firm said that the whole thing had been a "misunderstanding" and has since begun working with the family to sort out the situation.

The case highlights what is going to become a growing problem for those shuffling off this mortal coil. Very few people take the time to pass on their passwords when dealing with death, and unlocking electronic equipment can be an unwanted frustration for a family dealing with the death of a loved one.

This gets worse with people's media increasingly being online. Under a strict interpretation, passing on your digital possessions like music and (in this case) games is illegal, since the buyer is only renting them for the length of their lives, rather than owning them outright.

Leaving a digital will containing logins and passwords for key accounts is increasingly being recommended. Naturally, writing all this stuff down is a security risk, so be sure to encrypt the data and – just to be on the safe side – give one half of the key to your executor and the other half to a good friend in rude health. ®