Happy 30th birthday, IETF: The engineers who made the 'net happen

We speak to key techies, men and women, who shaped our online world 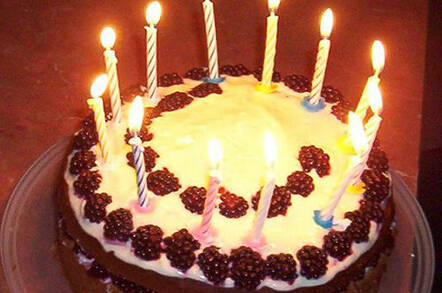 It was humble beginnings and the organization that is more responsible than any other for turning a research project into a viable global communications network boasted an initial attendance of just 21 people. Reflecting the internet's beginnings, everyone in the room was tied in some way to the US government.

You can still read the minutes [PDF] of that first meeting. As engineers they were focused on protocol development, stabilization and network performance. They also had a good sense that this network of networks was going to be important.

So much so in fact that they listed a long-term goal: in the next three to seven years, they would work on improving internet performance by "two to three orders of magnitude". The high end was where it ended up - and continued.

It is a fact that few ever really consider: the internet grew faster than any technology has ever grown in the history of man and yet it never failed, faltered or fell over. As millions and then billions of people, business and organizations connected to this vast global network, the internet's engineers didn't have to put up construction signs - those were for the websites riding on top of it all - they just handled the demand.

And all those new protocols, standards, tables, gateways, addressing, authentication and load-sharing needs and requirements at some point found their way into and out of the IETF. It was a vast, mind-boggling job and almost immediately the people involved knew that it required a completely new type of organization - and culture - to make it happen.

Perhaps the purest distillation of that wildly non-traditional approach was captured in a famous phrase from one of its earliest participants, David Clark: "We reject kings, presidents and voting. We believe in rough consensus and running code."

But possibly a more telling example was included in the first official guide for newcomers to the IETF, published seven years into its existence. The "The Tao of IETF" has a section on dress code.

It reads: "Many newcomers are often embarrassed when they show up Monday morning in suits, to discover that everybody else is wearing T-shirts, jeans and sandals. There are those in the IETF who refuse to wear anything other than suits. Fortunately, they are well known, so they are forgiven this particular idiosyncrasy."

That combination of a refusal to accept hierarchy or traditional structures combined with a sardonic sense of humor is what enabled the IETF to do its job. Its very difficult job. As a result, it is a "jewel" as one long-time internet engineer recently remarked.

Of course, that is the shiny, misty-eyed version of the IETF. And in many respects it was true for much of the time the IETF has been in existence.

But just as is true with people, 30 is a critical turning point.

In celebration at hitting this milestone, the chair of the IETF, Jari Arkko, wrote a blog post:

Looking ahead from today, it seems impossible to forecast with any certainty what the Internet will look like 30 years into the future. Yet, in the nearer term, we know that billions more people will be connected around the world over the next few years… Much work is needed to bring about these changes.

He notes that, as ever, the online environment is changing as it grows: "There will be challenges, such as privacy of our communications or interoperability in new applications. The Internet is also used in even more diverse environments and applications, and developed in diverse ways… Connection to running code, open standards and transparent, evolving processes have been foundations for the IETF and the Internet over the past 30 years. I believe those, and constant attention to improving them, are key to future success."

He also flags coming cultural changes: "While we will have more meetings, I expect their form, too, will evolve to meet the needs of participants, preserving their role as a means to an end, and not the ends in themselves."

The truth is that the high watermark of the IETF, when 2,800 attended its 49th meeting in its founding home of San Diego, came in December 2000 and coincided with the very peak of the dotcom boom.

But then came the bust and at its next meeting, just three months later, attendance dropped by 1,000. For the past decade it has hovered around 1,200 attendees.

Meanwhile, in the middle of those first 15 years of frenetic activity, a group of the same forward thinkers and pioneers that started the IETF developed an unusual structure to keep it funded and help maintain its culture in the face of increasing commercial pressures.

Ironically, it was the man that the IETF's Tao specifically identified as "the guy wearing the suit", so-called Father of the Internet and co-inventor of the internet protocol that helped kick everything off, Vint Cerf, that was key in trying to institutionalize an organization that specifically existed as a non-institution (the IETF has no members and the vast majority of its work is done by volunteers).

Cerf (and many others, he will the first to point out) helped set up the Internet Society as a way to fund the IETF and to keep it fiercely independent.

It's an odd setup. The Internet Society - or ISOC - has a current revenue of $50m of which nearly 60 per cent comes from the Public Interest Registry (PIR). PIR runs the .org internet registry and the corporation has a single member - ISOC.

The .org registry has just over 10 million domain names - making it the sixth largest in the world (behind .com, .de, .net, .cn and .uk) - and from that PIR makes $79m of which it passes about two-thirds onto ISOC. ISOC then makes another $9m from contributions from a range of individuals and companies and just over $4m from IETF meetings.

That $4m effectively covers most of the IETF's meeting costs and ISOC picks up the tab for most everything else that it does.

In theory there is nothing to stop the IETF from going a completely different direction if it wanted, and in one assertion of its independence it set up a trust - the IETF Trust - to hold the intellectual property rights produced through the IETF's work. As with a surprisingly large number of things that the internet depends on, it is all built on a level of trust with a heavy dose of inertia.

Although this approach - independent funding, hands-off control and inertia-trust arrangements - prevented either governments or corporations from seizing control of the internet's development, it was not without problems. And it is those problems that the IETF is obliged to tackle if it is to remain relevant over the next 30 years.