Pass the pliers for the supplier's testicles, we might need them 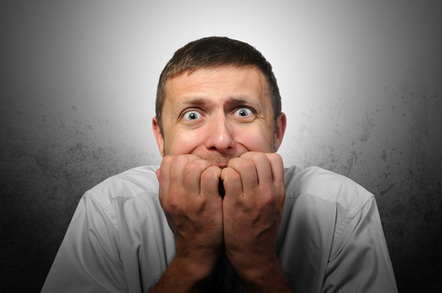 This Damn War Hello and welcome to a brand-new Register series taken from the front line of high tech and business, encompassing war stories from our readers and writers about clumsy contractors, slippery suppliers, and the machinations of management. It's tales of fail, "I told you so" moments, and of getting away with it.

Kicking off is Register writer and systems guru Dave Cartwright. However, if you're inspired to air a war story of your own, drop us an email: news@sitpub.com, with the subject This Damn War. Anyway, for the moment it's over to Dave:

Back in the dim and distant past I did my first – and most educational – office move as an IT manager.

I'd been working for my employer for a couple of years when one of the divisions of our company was acquired by an overseas enterprise that had until then been part of a joint venture with us.

I managed to bag the role of IT manager for the newly founded London office ... which at the time didn't exist. We initially hung out in a corner of the old owner's office while the acquirer looked for its own premises to move to.

Happily, the new company's senior IT guys, based over on the US East Coast, were a good bunch and hugely supportive to this twenty-something newbie who'd just inherited a bit of a monster. And fortunately I was sensible enough to think to myself: “Hmmm ... I don't have an effing clue where to start” and to ask for some help from our North American cousins.

I was particularly thick when it came to phone systems, so I was delighted when the head of IT offered me a PBX guru and the general assistance of the entire servers and network team.

The process of finding a new office was surprisingly quick – in just a few weeks we'd landed an old print works in centralish London, which was coming to the end of a complete refurbishment. It was entirely devoid of any internal cabling, and there were no phone services into the building at all, so we had carte blanche to do everything properly.

The office was narrow and tall (eight stories in all if you count the funky mezzanines on some floors) and we had the whole lot to ourselves. This latter point was interesting in itself because the place had clearly been remodelled to be let in several sub-sections to different companies, but it was cool in a loads-of-weird-staircases-and-interconnecting-corridors-like-an-old-stately-home kind of way.

Happily we chose to split the telco services between three providers. I say “happily” because one of them made a glaring cock-up of its scheduling but one of the others was able to step in at the last minute when it was clear there would otherwise be no ISDN30s for the phone system.

The third telco (BT) had problems of its own: its documentation said there was loads of copper coming in from the street (we needed ISDN2s which only BT could provide) but nothing actually showed up in the building; after a particularly determined engineer got busy with a metal detector and a chisel they finally discovered it hacked to bits and buried under a two-inch layer of plaster.

Less happily our request to put the IT department and the comms room on the second floor was denied – which was a bummer because the corner of the basement we ended up in was far enough from the top floor that we'd have to run fibre instead of copper (these were the days before fibre became ubiquitous and it was quite pricey).

No matter, it worked fine once we'd done the plumbing. Slightly annoying was the occasional smell of sewage that occasionally wafted past, but the landlord sent someone along to look at the drains and they were given a clean bill of health.

The weekend of the move to the new office came. Because we were starting afresh we'd had to buy new kit, and had only installed a couple of temporary servers to keep us going in the former owner's office – which made the IT move very easy as pretty much everything had been set up and tested to death days or weeks previously.

The senior manager coordinating the move quite sensibly realised that it was worth a couple of hundred quid to have a lift engineer on retainer for the weekend (narrow staircases, eight floors, one lift) and we gave her value for money by overloading it and making it trip out on the first truckload of stuff that arrived.

My life was very easy during the move weekend, because my American boss had sent me an excellent gang to assist. There was the head of servers and his deputy, the head Notes administrator, and the senior network guy for good measure. So I basically stood back, kept the coffee supply going (I'd rather unwisely introduced them to my friend Stella Artois when they'd arrived the previous day) and let them get on with it.

Next page: Who's afraid of the dark?
Page:
Tips and corrections
25 Comments