Investigatory Powers Bill: A force for good – if done right? 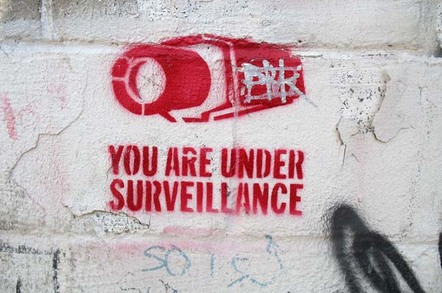 To its credit the draft Investigatory Powers Bill seeks to substantially increase transparency around the powers that the authorities have to intercept our communications and hoover up everyone’s private data. To some extent, the current draft of the Bill achieves that laudable goal.

The bad news is that this process has revealed five extremely intrusive powers that have been secretly used for years. None of these surveillance powers has ever been approved or even discussed by Parliament and that, in my view, is nothing short of major scandal.

Among the powers that the Home Office has awarded itself over the last 15 years are measures that all of us should find worrying. They can hack into your computer, tablet or smartphone to copy all your data, collect your passwords as you key them in and switch on the microphone or camera to spy on you – what they call "Equipment Interference". They are intercepting and storing enormous quantities of everyone’s internet traffic from fibre optic cables. This includes the Tempora programme that Edward Snowden revealed for the first time.

The Government is also forcing the phone companies to hand over to MI5 details of everyone’s calls and where the phone is 24/7, storing that data indefinitely and forbidding the companies to reveal what was going on. This information is much more revealing about your lifestyle, your hopes, your concerns, your interests and your friends and lovers than many people realise, especially when combined with other databases that the authorities secretly obtain.

Because these powers never passed through Parliament, they lack many of the controls and oversights that would normally ensure that they are used proportionately and only when necessary.

So how did successive Home Secretaries over the last 15 years manage to bypass Parliament and help themselves to such powerful invasions of our privacy without breaking the law?

The answer is that Home Office lawyers dug up obscure and very broad clauses in Acts that were passed long before the modern Internet was born, and then exploited them in ways that were never intended or envisaged by their original authors.

For example, your mobile phone company is being forced to hand over all your call data by means of Section 94 of the Telecommunications Act 1984. That permits the Home Secretary to give “directions of a general character” which appear to her to be in the interests of national security. Basically that means that she can tell anyone to do anything and to keep that instruction secret.

The fact that legal loopholes have been used to avoid having to seek Parliament’s approval for very significant intrusions into citizens’ privacy is a disgrace.

The new Bill must close all the old loopholes, and the new overly-broad powers that are in the current draft of the Bill must be eliminated if we are to avoid repeating this scandal of the Executive writing its own powers. ®