Qualcomm tries to figure out if Apple, Samsung made it anti-trusted

Launches legal probe into who told regulator what, and when 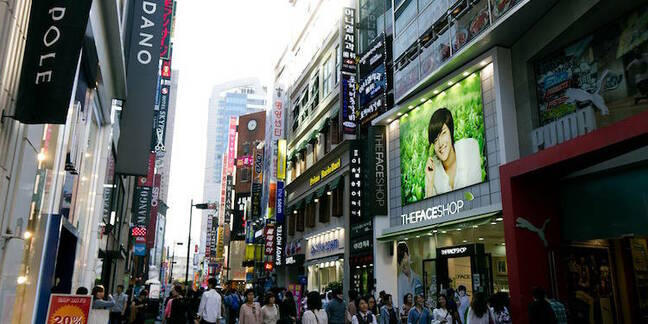 Sick of the slings and arrows of antitrust regulators, Qualcomm is demanding to know what its tattling customers have been saying to South Korea's Fair Trade Commission.

As well as seeking copies of complaints sent to the South Korean regulator, Qualcomm wants Samsung to reveal details of its long-running battle with Apple.

The taxing question of licensing

Qualcomm generates most of its income by licensing its patents, which isn't uncommon. However, instead of handing off a fabrication license and letting its customer set their prices, Qualcomm charges a slice of the wholesale price of an end product (such as the iPhone or Samsung's Galaxy range).

That practice lies behind the persistent rumours that customers are going to switch their supplier. However, Qualcomm has usually been able to fend off rivals like Intel.

South Korea's Fair Trade Commission launched its latest probe in late 2015. In 2009, the South Korean regulator fined Qualcomm more than US$200 million over its licensing practices.

Early in 2015, the company settled a similar investigation in China, copping a reported $975 million fine and revising its license terms in that country.

The investigation China's National Development and Reform Commission kicked off in 2009 was crucial to Qualcomm, since the Middle Kingdom is the source of about half of its global business. Since the row was settled, it's been able to cut deals with big names like Xiaomi, Huawei, ZTE, Haier and others.

Over in Europe, Qualcomm is being probed by the European Commission over restrictive terms and conditions, commercial behaviour (it apparently fed cash into a customer to keep a rival's products out), and predatory pricing.

The blue-printer has until March to file its response to the EC's complaint.

There's so far very little on the record about the Federal Trade Commission's investigation beyond a note in Qualcomm's annual report that it's under investigation. ®