NY to Charter: Sure, we'll approve that TWC merger, if you boost our broadband speeds

It's not called a bribe when the government does it 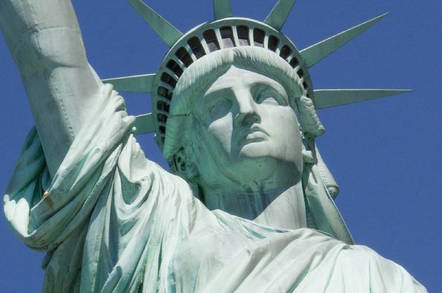 The state of New York has given its blessing to the proposed merger of Time Warner Cable and Charter Communications, winning itself a nice boost in network speeds in the process.

The state's Public Service Commission has signed off on the proposed $78.7bn mega-merger with the condition that the TWC-Charter conglomerate promises to increase the average network speed in New York state over the next four years.

In particular, the plan calls for speeds to be improved in areas outside of New York City, where network speeds currently top out around 50Mbps, according to the office of Governor Andrew Cuomo.

Other goodies in the approval deal include promises to expand low-income services and coverage for underserved areas as well as a "most favored state" clause that gives New York equal or better service options and prices than any other US state.

"The merger of Time Warner Cable and Charter Communications will result in a historic investment in New York's Internet landscape that improves quality, reliability, speed and affordability for all New Yorkers," the Governor said of the deal.

Winning over the blessing of New York clears a significant regulatory hurdle for TWC and Charter, but the proposed merger is still far from a sure thing. Most notably, the FCC and FTC have yet to rule on the deal, and California is still reviewing the merger plans as well.

The deal does, however, add New York State, the fourth most populous in the country and home to its largest media market, to a roster of influential backers that already includes Netflix.

Earlier this month, the FCC placed a hold on the merger's approval clock proceedings in order to request more information from carriers, including Level3 Communications. ®