Clinton Group to Violin: What do we want? Sale. When do we want it? Allegro

Look at our mutual friend Imation. It had a nice board too 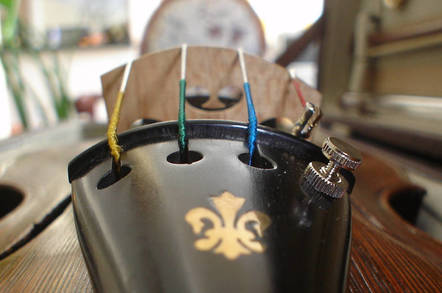 Violin needs to prepare itself for a tune-up

+Comment Back in July last year activist investor the Clinton Group expressed its feelings about Violin Memory, saying: "If the Company's sales execution does not materially improve and our voice continues to remain unheard, we will have to seriously consider seeking the election of replacements to the Company's Board of Directors at the next annual meeting."

It continued: "We would be happy to take our case to shareholders and put the Company's record up for debate."

That was six months ago, and Violin's sales execution has signally not improved. Its second fiscal 2016 quarter showed a revenue decline and losses, and, in early December 2015, the third 2016 quarter was worse.

This sequence of poor quarters was despite a sales leadership change, enhanced marketing heft and solid product line refreshes. The result felt inevitable, as Violin's board authorised the exploration of strategic alternatives to enhance shareholder value, retaining an investment banker and setting off looking for a whole or part sale of the business.

That is what the Clinton Group wanted back in July, yet here Clinton, and its controlled Imation business, is dramatically upping the ante and putting pressure on Violin's board by saying in public it wants to have three nominated directors on that board:

The presence of Alex Spiro, an Imation board member, on the list could be seen as sending a coded message to Violin's exec team, board and stockholders: bend to our will or we'll do an Imation on you. Meaning it will mount a proxy war and take over the company, as it did at Imation last year.

To be explicitly clear, the Clinton Group and Imation believe that Violin Memory should be sold to a strategic buyer well in advance of the 2016 Annual Meeting, and we will not impede the ongoing sale process in any way. At this point, we trust that the strategic sale process is moving toward a conclusion with the full support of the Board and the executive team.

The message is, to use De Perio's words, "exquisitely clear"; if the Violin board doesn't get off its collective ass and sell the company by the next AGM then Clinton could mount a boardroom putsch, using a shareholder proxy vote war if necessary, exactly as it successfully did at Imation.

When is the next Violin AGM? It should occur in early June. A sale well in advance of that would suggest before the second quarter starts or early in it.

De Perio's statement said: "Our nomination of Messrs. Schmitt, Wall and Spiro serves as a safety net for shareholders dissatisfied with the performance of the existing management team and leadership of the Company's Board. In the unlikely event that the Company's sale process is ongoing at the time of the 2016 Annual Meeting, our nominees pledge to complete the execution of the process in connection with ensuring that the Company's stockholders realize the full value of their investments."

Those stockholders now see a current price of $0.67 for their shares, down from $1.76 in November, 2015, $2.52 in July, and $4.66 in January; it's been a catastrophic decline and represents fertile ground in which the Clinton Group's message can take root.

We expect Violin's fourth fiscal 2016 quarter and full year results to be announced in early March. They might be good and show a turnaround starting. By that stage it won't matter. The company future wheeling and dealing will have such a momentum that it won't be stoppable.

And if a sale hasn't happened by then, the Clinton Group has given notice it will declare war on the board. El Reg storage desk believes it's virtually all over bar the shouting. ®

Imation owner to Violin: Talk now or it's (proxy) war

Putting the sales cat among the storage pigeons

Just in time for Christmas, Santa!

Analysis Major OEM deal could be signed by end of March