We're all really excited about new smartphones, laptops, tablets – said no one ever 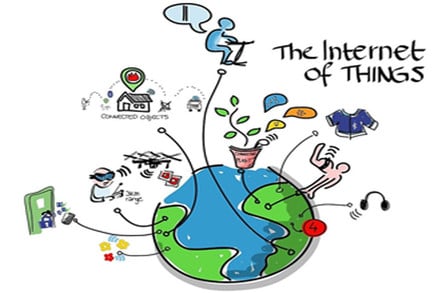 We are all perfectly happy with our existing high-end technologies and aren't planning to upgrade any time soon.

That's according to Accenture, which carried out a survey of 28,000 people across 28 countries, and found "sluggish demand" for the most popular consumer electronics.

Not that we've stopped buying them: "just" 48 per cent of us plan to buy a new smartphone in the next year – still huge demand but demand that has fallen 20 per cent from last year. Likewise, across the board, "only" 30 per cent of us are planning to get a new TV, tablet or laptop: a drop of roughly 10 per cent on last year.

Why are we noticeably less excited about these consumer devices? Because we're "satisfied" with what we've got. Most satisfying is the TV – 56 per cent; then the laptop with 49 per cent, smartphones with 47 per cent and lastly tablets with 36 per cent.

This is all very depressing for Accenture, especially since its survey is called Igniting Growth in Consumer Technology.

"The slowdown in the consumer technology market is irrefutable, serious and global," the group's managing director of high tech Sami Luukkonen said. "The market is not about the glitzy gadgets any more – rather, it's about providing secure, innovative and practical digital services and more open collaboration."

And the solution is...

And so in a bid to keep those dollars coming in, it turned to: the internet of things! And was equally disappointed.

Demand for smart goods is increasing, but only slightly (one per cent), which is not nearly enough to offset the drop in traditional electronics. So while 13 per cent of us are apparently planning to get a smart watch this year, all those Apple Watches are not going to fill iPhone-sized gaps.

It's good news for smart thermostats: nine per cent of consumers are planning to ditch their beige box and pay the premium for things like the Ecobee and Nest. Eight per cent said they were planning to get virtual reality headsets – presumably because they've heard that 2016 will be the year of VR.

What's promising is that the most famous of them – the Oculus Rift – will be going into pre-order on Wednesday. What's less encouraging is that still, no one knows how much they will cost, which almost certainly means too much.

And price is the biggest factor stopping us from purchasing IoT goods, according to Accenture: a whopping 62 per cent of us aren't sure they're worth the price tag. Second biggest obstacle is privacy and security concerns: 47 per cent of us aren't sure we want our highly personal information out there just waiting for a poorly patched server to provide it to the world.

The result of the security concern in particular has led to some interesting behavior:

And there is a roughly 15 per cent uncertainty aspect with this new wave of devices: they're too complicated, they don't work right, they're clunky.

Oh how IoT manufacturers must long for the day that consumers don't buy their goods because they're satisfied with what they've got. ®