Now can you give us a break with these upgrade screens? 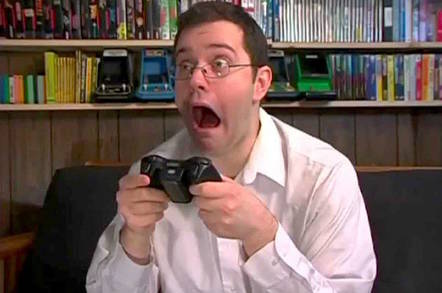 Microsoft has kicked off the New Year – and the run-up to the annual CES hypemare in Las Vegas – with the latest figures on Windows 10 adoption, claiming that over 200 million devices now run the operating system.

"As of today, there are more than 200 million monthly active devices around the world running Windows 10," enthused Yusuf Mehdi, vice president of Windows and Devices. "In fact, Windows 10 continues to be on the fastest growth trajectory of any version of Windows – ever – outpacing Windows 7 by nearly 140 per cent and Windows 8 by nearly 400 per cent."

Over seven eighths of Windows 10 users are consumers, we're told, although the new operating system has 22 million enterprise and educational users. In all, 76 per cent of Microsoft's corporate customers are trying out Windows 10 pilot schemes for their businesses.

More than 40 per cent of that Windows 10 user base logged on after November, he said. In December, Microsoft customers spent 11 billion hours using Windows 10 devices, which tells you a lot about how much usage data is being phoned home to Redmond's telemetry servers.

Sounds good, doesn't it? Maybe Redmond will ease off on the nagging popups reminding Windows 7 and 8 users that they can upgrade – and WILL upgrade unless they are careful. But it's worth diving a little deeper into the figures.

For a start these figures don't just apply to PCs. While sales of PCs are steady, Microsoft has had a lot of success with its Surface 3 hardware, and Surface 4 looks to continue that trend, meaning a lot more standard PC users getting onboard with Windows 10.

But Redmond has confirmed to El Reg that these figures also include users of Microsoft's Lumia smartphones, as well as Xbox One users who got the November kernel update. This helps bump up the figures in more ways than one – and the next hit will come if Microsoft ever sorts out an upgrade for Windows Phone 8 devices to the new OS.

On the smartphone side, the increase in Win10 usage is marginal – very few people are using Windows 10 phones, although numbers are rising slowly. But Xboxes are selling very well, even if most gamers just want them to run Fallout 4 rather than explore the wonders of Edge and Cortana.

Redmond declined to break down the figures by device or platform. ®