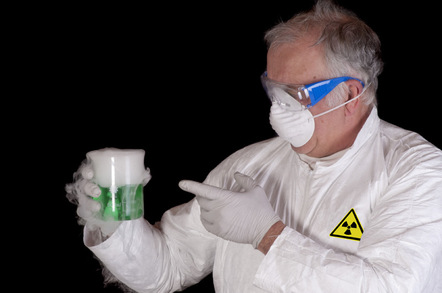 The International Union of Pure and Applied Chemistry (IUPAC) has announced it's satisfied that elements 113, 115, 117, and 118 really do exist and can take their places on the periodic table.

Element 113 (going under the temporary name and symbol ununtrium, Uut) was discovered in 2012 by the Japanese research institute RIKEN.

The Joint Institute for Nuclear Research and the Lawrence Livermore National Laboratory heralded the birth of element 118 (ununoctium, Uuo) back in 2006.

The arrival of the quartet of newcomers now completes the seventh row of the periodic table, and their discoverers have the honour of suggesting possible permanent titles. According to IUPAC, they "can be named after a mythological concept, a mineral, a place or country, a property or a scientist", although potential monikers will be vetted by the Union's Inorganic Chemistry Division for "consistency, translatability into other languages, possible prior historic use for other cases, etc".

In 2012, elements 114 and 116 were officially dubbed flerovium and livermorium, in honour of Russia's Flerov Laboratory of Nuclear Reactions - a lab within the Joint Institute for Nuclear Research - and the Lawrence Livermore National Laboratory.

This demonstrates that while nuclear boffins might demonstrate considerable ingenuity in finding new elements - bombarding californium with calcium ions to create element 118, for example - they're bloody useless at thinking up snappy names for their offspring. Doubtless readers will suggest suitably inspiring titles for 113, 115, 117, and 118, before it's too late. ®

If the thing you were doing earlier is 'drop table' commands, ctrl-c, ctrl-v is not your friend

Who, Me? £500k social network scotched less than two weeks after launch

Slingshots? Hawks? Anything that will stop airports grounding planes during holibobs, really