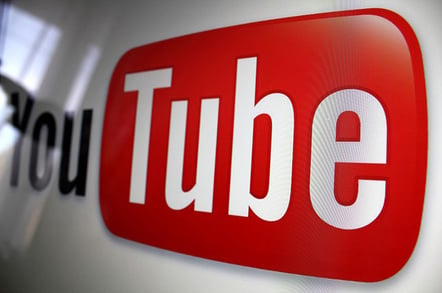 YouTube’s top 10 most watched non-music videos of 2015 feature a rapper from Atlanta (Silento #WatchMeDanceOn), Liam Neeson's spot in a US Superbowl ad, the Star Wars Episode Seven (or is it VII?) trailer, and a US law enforcement official busting some rhymes from behind the wheel (carefully captured on his dash cam).

But never mind 2015’s hits. YouTube in April 2015 celebrated its 10th anniversary. The inaugural video was an 18-second clip called “Me at the zoo”, showing YouTube co-founder Jawed Karin chatting with some elephants in San Diego zoo.

A more pertinent question in our meme-driven existence is: what were the big hits of the last decade?

Who would have thought this would have led to a cultural shift where parents would no longer lament youngsters sitting for too long in front of the television, with their viewing habits changed irrevocably by the ability to subscribe to an infinite choice of YouTube channels and even document every mundanity of teenage life as a vlogger.

Whether you check YouTube every day (or hour) for updates from your channels of choice, there have been some groundbreaking clips over the last ten years that have raised universal awareness of the (now omnipotent) YouTube brand.

What was originally touted as a storage site is now, for billions around the world, the content provider of choice.

As Trey Parker and Matt Stone noted in South Park episode Canada on Strike there will always be contention over the which are the most popular vids, but here are 10 of the most memorable.

We will always be thankful to PSY for stopping Justin Bieber and the drivel that is “Baby” from being the first YouTube video to hit a billion views. Horse-trotting dance moves aside, this satirical take on Seoul’s most fashionable district was catchy enough to become the YouTube anthem.

Most of the videos totting up humongous numbers on YouTube tend to be music videos, leaving us in no doubt YouTube is the MTV of this generation.

Somewhat strangely, it’s often foreign releases that have major breakthroughs, but we're still not sure what language they are speaking in the insanely catchy What does the Fox say?

But for an insight into my musical tastes, we'd advise checking out this Wonk Unit production.

YouTube encourages short attention spans, you say? Weebl's Stuff and its most popular animation, Badgers, managed to find mass appeal with brightly coloured repetitive images coupled with a recurring tune and some mushrooms thrown in, instantly appealing to psychonauts. Weebl and Bob are the kings of the infinitely looping flash cartoon. Only in Kenya!

Still popular enough to often make the front page of the internet on a regular basis, Nyan Cat was always going to be a winner, as the internet has a well-established love affair with cats (see grumpy cat, keyboard cat). Some versions of Nyancat are several hours long and as of last year you can bet someone out there is mining Nyancoin to buy 2CB on the darknet.

So popular, there’s now a movie and a South Park parody, Sneezing Panda managed to mix cute with funny in a unique and surprising way.

Who said webcams were just for sex work? Given a Romanian Eurotrash song and enough arm movement, any geek can find fame. Gary Brolsma proves this point without ever once leaving his chair. See Star Wars Boy for what can only be a natural evolution of the genre.

Who would have thought that a resurrected song from the '80s would become one of the biggest bait-and-switch memes in YouTube history and bring Rick Astley back into the musical fold. It is classic clickbait, which instead of taking you to some controversial news story, loads Rick Astley’s number one hit.

OK GO – This Too Shall Pass: 50 million views

Whenever we watch an OK GO video we're usually suspicious, as it’s hard to believe such intricate and impossibly timed dance- or object-orientated routines could be possible without the intervention of CGI or some kind of subtle editing.

But by all accounts, OK GO manages to make visual magic without too much digital intervention ... well, apart from the use of drones. But it’s just such a shame the music is so feeble.

Ugandan leader of the Lord’s Resistance Army and general enslaver of children Joseph Kony was thrust into the international spotlight by the organisation Invisible Children. Jason Russell’s 25-minute documentary detailing his time in Africa and conversation with his young son exposed, and arguably simplified, the situation in Uganda.

With the help of Reddit and Twitter, KONY2012 was trending within 72 hours but things took a turn for the surreal after questions were raised about Invisible Children’s finances and Jason Russell had a very public breakdown involving his genitals that turned the whole endeavour into a farce – including some pretty intensive trolling by 4chan.

Since the Evolution of Dance showed that you don’t need to be Jennifer Beals in Flashdance to make a career from shaking your booty, it’s now obvious any middle-aged man with a dance montage can triumph on the tiles.

However, that said you could probably fill one of Croydon's job centres with the amount of people who got fired through performing their own version of the Harlem Shake.

Lack of any obvious vocal talent won’t hold you back from being a viral video star either, as Tay Zonday’s Chocolate Rain proved, having an abnormally deep voice and a whole head-turning trick, combined with incomprehensible lyrics about institutional racism is a sure-fire way to monetise your content. SpongeBob Square Pants approved! ®